How to fix downloading messages from iCloud stuck in iOS 15 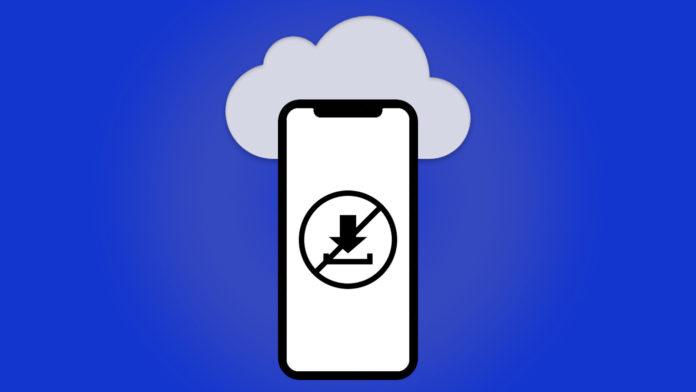 Your iOS device is downloading messages from iCloud, but it becomes non-responsive after a while. Yes, your iPhone or iPad is indeed trying to download messages from the iCloud, but it is having difficulties in synchronizing the messages with the device. However, you don’t have to panic and force shut down the iOS device, which is something many users do in fear.

Why does downloading iMessages from iCloud become stuck on iPhone?

There are several contributing reasons why your iPhone or iPad is stuck while saving messages from the Apple cloud storage service. It’s important to look into the matter, so it can help you to prevent it from happening again.

Let us look at several solutions that can help you fix the problem and you don’t have to use third-party tools in the process.

Try to reboot the iOS device

You should try rebooting the iOS device, which does wonders in the majority of cases. I have mentioned software bugs and glitches that linger in the system. Apple developers do fix them, but it takes almost half a year or so to have a stable operating system.

Allow me to show you how you can shut down an iPhone or iPad if the device is not responding to the power button.

Let your iOS device rest for a couple of minutes, and then turn on the iPhone or iPad.

Update your iOS with new version

I ask the readers to check out new iOS update news and review videos online, and it should be specific to your device.

Create a backup in iCloud storage or local storage using iTunes because it is safer and quicker. Make sure to connect the device to the Wi-Fi network, and it will download a minimum of 50 MB – 1 GB depending on the update size. Charge your iPhone or iPad to 95% before updating to avoid unnecessary problems.

Check Apple server is down or not

Apple is paying $30 million per month to Amazon AWS service to host the servers. It is uncommon for the servers to face downtime, but it does happen once in a while because nothing is perfect in the world. In case, if you don’t have time to wait, whether this is an iPhone problem or the Apple server is down, then you can confirm the doubts.

It’s not uncommon for Apple servers and iPhones to mess up. You can restore the connection between the servers and your device by turning off and then turning on the Messages in iCloud.

In my case, Messages was turned off, and you should turn off and then turn it back on. Make sure your iPhone or iPad is connected to the internet because synchronization requires an active internet connection.

In my case, Messages was turned off, and you should turn off and then turn it back on. Make sure your iPhone or iPad is connected to the internet because synchronization requires an active internet connection.

Every Apple ID user gets 5 GB free storage in the account since it’s the company’s selling point. However, If the storage capacity exceeds above 5 GB then you end up having a error.

In my case, iCloud stored has 3.7 GB data out of 5 GB. Take a look at the stats below, which will give you an idea of what is consuming the majority of the data.

Remember, if you are running low on iCloud storage like 4.8 GB out of 5 GB, and then you should consider deleting a few things. I don’t need to take any action to free up the space because I’ve still got 1.3 GB of free space.

You have to force the Apple server to synchronize the data in iPhone or iPad.

Signing out from iCloud will force the Apple servers to synchronize the data. I ask the users to backup the data in the local storage via iTunes because it’s easy, safe, and works on Windows, and Mac computers.

Let the device sit idle for a couple of minutes and then sign in to the same iCloud account. The servers will synchronize the data and restoring the messages in the iPhone or iPad.

Do not force shut down the iPhone or iPad, when your device is downloading messages from iCloud.

You should wait for a couple of minutes and try to do this again by connecting the device to an active Wi-Fi network. The worst-case scenario would be contacting Apple customer care for further support.

Previous articleiOS 15: How to automatically unlock your iPhone with Apple Watch
Next articleHow to Permanently Block Unwanted Emails Text on iPhone