iOS 15: How to automatically unlock your iPhone with Apple Watch 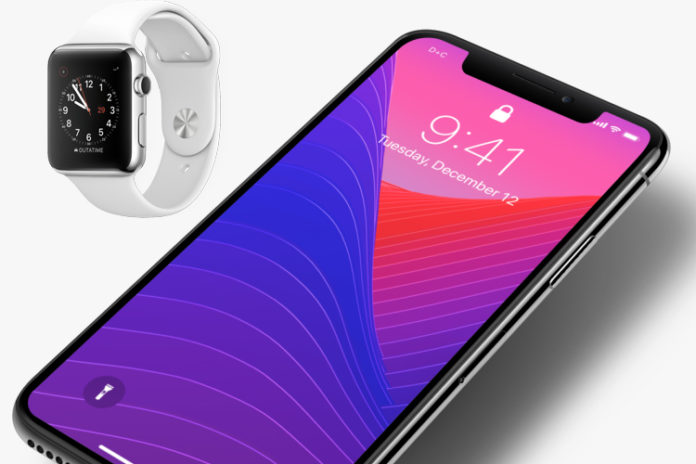 You can unlock iPhone with Apple Watch and it is playing a crucial in 2022 Millions of medical practitioners are considering getting an Apple Watch as it comes in handy for the professionals to unlock the phone without physical contact. The Cupertino-based company never imagined that the Face ID would be useless during the pandemic situation. Apple removed Touch ID from the iPhone and iPad because they have the best Face ID unlock security feature but it doesn’t work when the device owner is wearing a mask.

It took a long time for the company to come up with this feature because it is not available in the official version yet. Users have to update the software to iOS 14.5 and watchOS 7.4 version because this feature does not exist in the earlier editions.

Apple introduced the feature long back for Mac computers, where you can unlock the MacBook & iMac using the Watch. You have to set up the Watch in the iPhone and bring the iPhone and Watch closer to unlock it automatically.

The device won’t ask for a password or Face ID because it will unlock instantly and it is quite insecure but it makes a huge difference in the current global situation.

The American manufacturer took a straightforward approach and it works flawlessly. You can watch a video of Mac unlocked with an Apple Watch to get a clear idea of it.

What do you need to unlock iPhone with the Watch?

Yes, you have to prepare for it because Apple didn’t provide in-depth information on it yet. It might be confusing for first-timers, so we are going to help the device owners to get started.

The official developers might take some time to release the updates, so do not rush and install the beta edition. The word “beta” is used because it is an unstable version and is not suitable for primary device owners.

How do you set up a watch to unlock iPhone?

Follow the guide to enable the feature in the iPhone and enable it in the Watch.

If the Apple Watch option is greyed out then it is telling the user to update the Watch software to the latest version. Your iPhone (14.5) & Watch (7.4) should have the latest software version because they are introduced in the latest edition.

You are good to go and move onto the next instruction.

How do I unlock my iPhone with Apple Watch?

The developers took a straightforward approach here, so you don’t have to get confused over it.

You will have an option on the Watch screen saying “Lock iPhone” that will lock the device instantly. You can add a passcode, but you need the Watch app in the iPhone, and you can download it from the App Store.

How secure the new iPhone unlock feature is?

The American software developer cannot ask the device owners to take off the mask to unlock the phone, so they had to add this software tweak. However, it comes with a couple of flaws, but they have tackled it with software security options.

The Watch unlocks feature was introduced for Mac computers, where you can unlock MacBook & iMac with an Apple Watch. Of course, it is a handy feature for the users, who are planning to unlock the computer instantly.

All mainstream iPhones don’t have a physical/in-display fingerprint scanner because it relies on Face ID technology.

The iPhone will use the Face ID technology to unlock the phone, and when it sees the user wearing a mask, then it will use Watch instead.

In short, the Face ID feature cannot scan the face entirely, and that is why Watch will come in next in line.

Your smartphone will consider the nearby & paired Watch and unlock the phone instantly.

The developers added strict rules like the device owner should hold or have the smartphone nearby and wear the Watch on the wrist.

You have the “Lock iPhone” button on the Watch, so you can lock the phone instantly if someone else has unlocked it.

Right now, you can unlock the iPhone with Apple Watch and nothing else. Users cannot use it to authenticate the processes like making a payment and more. The developers may add advanced features later down the line as there is too much to handle in the world right now.

We have taught you how you can unlock iPhone with Apple Watch. Do not install beta software in the smartphone & watch because it is unstable & not recommended for the users with the primary device.