How to schedule iPhone messages to send it later in iOS 15? 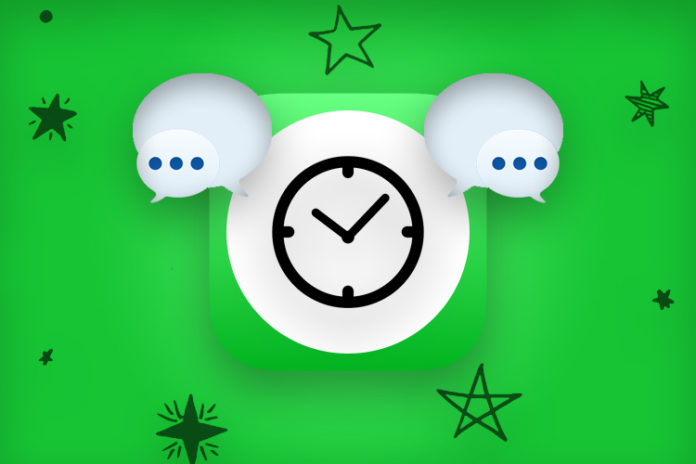 Apple developed advanced iOS software, and it is expected to send a schedule iMessage from iPhone and iPad. However, the truth is far from reality, and I will show you the reality instead. If you own an iPad or iPhone, you may have the iMessage feature enabled in it, and we will cover how to send a scheduled text message and what are its limitations.

Can you schedule a text message from your iPhone?

I have listed a number of security loopholes, limitations, and their authenticity below, so don’t miss it out. First, we will show you how it’s done in the latest iOS software, and this method is applicable for iPad and iPhone. Apple may call the iPad and iPhone software differently, but they are indeed part of that same tree.

You have to allow untrusted shortcuts in the iOS device, and then you can add an external shortcut to the device.

Go back to the Shortcuts app, and you should be able to add an external shortcut. In case, if you want to understand what’s going on, then make sure to read the security loopholes part at the end.

How to Add Shortcut to Send Delayed iMessage?

Apple services are limited in many ways, and you don’t have an option to send scheduled iMessage. We have to rely on the third-party shortcut, which enables our devices to send an SMS or text message. Allow us to show you the way and walk you through the process.

I have tried to send an iMessage and it failed. However, you will be notified about the failed message and you can tap on it to re-send the text message.

The third-party shortcut may work or may not work depending on the iOS software security wall. You have to keep the Shortcut app running in the background, including the Messages app. In our case, the message was failed to send due to iOS security and privacy policies.

How to delete a shortcut on the iPhone?

If you have never removed or deleted a shortcut from the app, then this tutorial is for you.

We have to address it since many tutorials don’t even talk about the potential threat lingering iOS software.

Apple is releasing new software updates for Mac and iOS software, and they don’t inform the users regarding the threats. Millions of iPhones, iPads, and Mac computers are infected by malware, virus, and different versions of threats.

A third-party shortcut is not scanned by the iOS device, and it could lead to an entry of a loophole. You might be putting the personal data at risk, and that’s what the Shortcut app was trying to tell at the end of the “Add Untrusted Shortcut” button.

All we could do for you is to suggest the current solution and issue a warning, so you can be aware of the potential threat.

There is a way to send scheduled iMessages in iPhone and iPad but we cannot ignore the security loopholes. We have chosen to avoid using the “Delayed Time iMessage” shortcut and keeping the device security on the priority list.

Previous articleiPhone keeps dropping calls in iOS 15? Try these for a quick fix
Next articleHow to Hard Reset or Force Restart iPhone 13 and all Previous Models