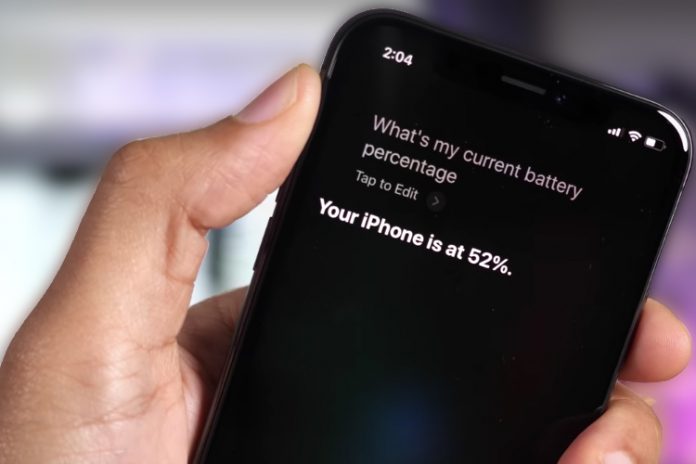 How to Show battery percentage on iPhone in any iOS?

Double-check whether you have disabled the feature from the phone or not. In iOS 12 or later comes with an option to enable and disable the feature for the consumers to customize the function. Allow me to guide you through it, and take control over the feature.

Check the top right corner, whether the percentage is visible on your iPhone or not. The customization option is available in iOS 12, but I noticed that this feature is missing from iOS 13. I do want to point out that it is available in the earlier version, and works smoothly on newer devices as well.

Apple utilized multiple existing functionalities and brought widgets features on the iPhone. Adding battery widget displays charge percentage of the phone, and you can view it anytime without limitations, and doesn’t even add bloatware in the widget.

I’m slightly bothered by the space covered by the widget, and I don’t know the purpose of the unused space in the widget. Regardless of the remaining space, you can view the exact battery percentage in this section.

Do you have a habit of clicking the power button for fun? Then this is for you. You can view the battery percentage by connecting the phone to charging brick. In the lock screen, iPhone displays battery percentage for 3 seconds. I know that 3 seconds is enough to view the charge percentage but I had to click 6 screenshots to capture the status.

After 3 seconds, the lock screen displays day and date until the screen time times out. Unfortunately, the iPhone doesn’t loop the sequence, and won’t show the battery status again, and that’s not enough.

Apple has one of the best AI Voice Command technology in the iPhone called “Siri” and you can use it to ask ”What’s my iPhone battery percentage” and it works.

The results were good and as expected from Apple’s Siri voice command.

Apple scrapped the Home button from iPhone’s for good and moved towards futuristic technology. The notch design and 85% body to screen aspect ratio removed physical buttons around the display. The iOS operating system designed to view the control panel by swiping down from the top, and it will reveal the Control Panel.

You can view the battery percentage of the phone on the right top side. Among plenty of other options, iOS 13 came out with the pre-added feature out-of-box, and it is an easier option to view the remaining charge left in the phone.

Previous article5 Best budget Motherboard for Ryzen 5 3600
Next articleSolved: Why can’t sign into my Yahoo email account on my phone?