Shortcuts not working on iPhone and iPad in iOS 15? 7 Possible Fixes 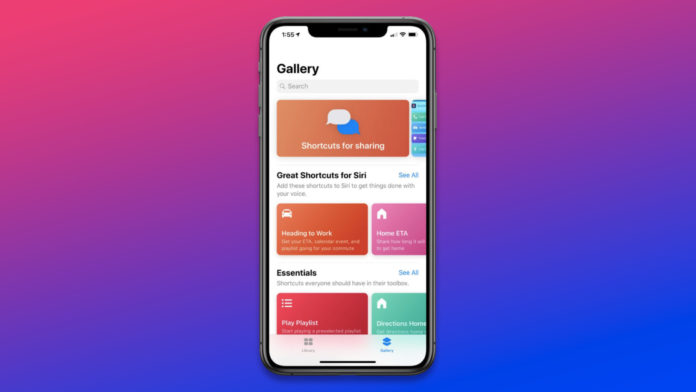 Is Shortcuts is not working on iPhone and iPad in your latest iOS 15 version? Apple has transformed the inbuilt apps over the years, and the Shortcuts app has improved lives in many ways. The Cupertino-based company leaped to the future, and they improved the app for a seamless experience. Shortcuts app doesn’t have to redirect the function through it anymore and focus on implementing the task instead in iOS 14. However, the latest iOS 15 has an improved version of it, and it may bother you a little after a software upgrade.

Solved: Why is the Shortcuts app not working in iOS 15?

iOS 15 is a new edition designed for modern users, and it has minor software upgrades including tweaks for the existing features. No software in the world is 100% stable, and it applies to all giant companies in the industry. Some features don’t work smoothly due to shortcomings of RAM management and resources saving mode.

You should reboot iPhone or iPad before applying any solution because it will force the Shortcuts app to restart. Apple skipped the “Restart” option in the iOS software, and you have to turn off/on using the Side or power button. You may refer to this article which we have already covered different ways to restart and shut down iPhone and iPad.

Did you create the Shortcuts on another device? iCloud is what synchronizes between two different Apple devices. Force the Apple ID to re-sync with the server and update the information in your iPhone or iPad.

I recommend the readers restart the iOS device to dump the temporary session and start a new session.

Remove Shortcut from your iPhone and iPad

Sometimes specific shortcuts don’t work in the device properly, and you don’t have to stick to it. Of course, users have to spend a minute or two to delete and create a new one from the beginning. There could have been an error or misconfiguration that is causing the shortcut to work incorrectly.

Open the shortcut and copy the settings for later purposes.

Remove the old problematic shortcuts in the iOS device and create a new one in the iOS 15 device. Many have complained about the non-working features after the iOS 15 software upgrade, and it happens now and then.

Create a new Shortcut in iOS 15

I have shown you to remove shortcuts, and now, it’s time to show you how to create a new one.

Shortcuts app does allow the users to remove and create the same element without limitations. A software upgrade indeed creates problems with the customizations, and it’s easy to fix them with a quick removal and creation.

Note: All data saved in Shortcuts will be removed.

All shortcuts created in the earlier version and after the software upgrade will be removed including the remnants. Now, you can create new tasks in the app, and it will start working normally without limitations.

Update your device with the latest iOS 15

If you have upgraded to iOS 15.0 then the developers will release newer patches in the upcoming updates. You should update the iOS version to the latest because they address known bugs, glitches, and errors caused in the current version.

Make sure to connect the iOS device to a Wi-Fi network to avoid bandwidth and data limitations. Also, charge the iPhone or iPad up to 98% because the software updates utilize CPU, Memory, and Storage to maximum capacity.

Reset all settings on your Apple device

Create a local data backup via iTunes because it’s an efficient way to restore the data in the iPhone and iPad. Resetting settings won’t erase the stored data, but there is a risk of losing it, so do not take any chance. All customizations, settings, and another saved-formed setting will be lost.

Let the progress bar reach the end, and it will land the device back in the Lock Screen. Conduct a couple of tests to confirm that the Shortcuts app working properly.

Many users have complained that Shortcuts not working in iOS 15 after the software upgrade. Don’t worry about the Shortcuts app function because it is minor, and you can resolve it by following official solutions. Let us know which solution helped you resolve Shortcuts app problems in the comment section below.