How to download, install, and remove iOS 15 Public Beta on iPhone or iPad 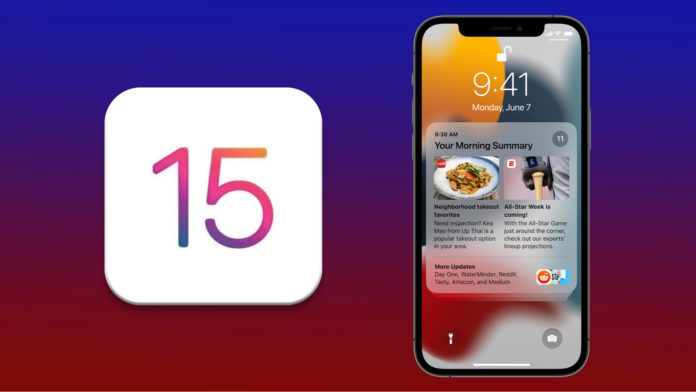 The new iPad Pro M1 piqued the interest in iOS 15 Public Beta, and my hopes were high keeping the next-gen devices in mind. There is no doubt that the 15th mobile OS edition is all about software-oriented upgrades with minor user-interface design elements. You can experience the next iOS update without waiting for the official release because the public beta is available at your fingertips. Let me show you how to install and remove iOS 15 Public Beta on your iPhone or iPad.

Should you install any iOS public beta?

Here are a few things that you should consider before proceeding to install the latest public beta. I will get straight to the point, so you won’t regret it later on.

Overall, iOS beta editions should be installed on secondary iPad or iPhones devices. I have installed iOS beta in my iPhone because it’s part of my work, and I don’t mind, if it loses data, apps, or has unstable features because it’s my third device.

How do I Sign up for the iOS 15 Public Beta?

Connect your iPhone or iPad to the internet, and I prefer Wifi over 4G or 5G to avoid connectivity issues.

Now, you have successfully downloaded the Apple signed beta profile on your device. Your Apple device has accepted the profile and is ready to download the packages.

How can I install the iOS 15 Public Beta on my iPhone?

Now, you are ready to install the iOS 15 beta version on your device and follow our lead to successfully install it.

Leave your iOS device alone because it will download the files over air, and then install it.

It took over an hour to download & install the iOS 15 public beta. Your smart device will reboot, and the Apple logo will appear on the screen with a progress bar. The installation process will finish when the progress bar reaches 100% and does not force shut down.

Yes, you can remove the iOS beta version and switch back to the earlier software. Follow my lead to uninstall the beta version in the iPhone and iPad to continue using the stable iOS version.

You won’t boot back to the earlier & stable iOS version. Consumers have to wait for the next iOS beta version, and then you can downgrade it back to an earlier version.

I have authored a dedicated tutorial on how to downgrade from iOS 15 to 14.

I have installed iOS Public Beta a few days back, and I have listened to music, browsed the internet, installed apps, and tried new features to some extent. It would be inappropriate to share my experience since the software has joined my daily routine for a little period.

I did not encounter any problem whatsoever, but the battery life is decreased in the older iOS device.

I had to charge the device thrice or quadric a day, which wasn’t the case in the past. The rest of the functions worked smoothly in the past four days, and I did not encounter any problem whatsoever.

However, I don’t recommend the Public Beta to the average consumer because we don’t know what works and what isn’t due to its developmental stage.

I’m happy that Apple opened the developmental software releases such as iOS 15 Public Beta to the world. I can get a quick peek at the developers that are happening for the upcoming iPhone, iPad, and other devices. The M1 chipset changed the landscape in the industry including PC, laptops, smartphones, and more. Let us know what complications you’ve encountered while installing iOS 15 Public Beta in the comment section below.

Previous articleHow to Downgrade iOS 15 Beta to iOS 14 on iPhone, iPad, and iPod
Next articleHow to upgrade an existing Hotmail email account to Outlook