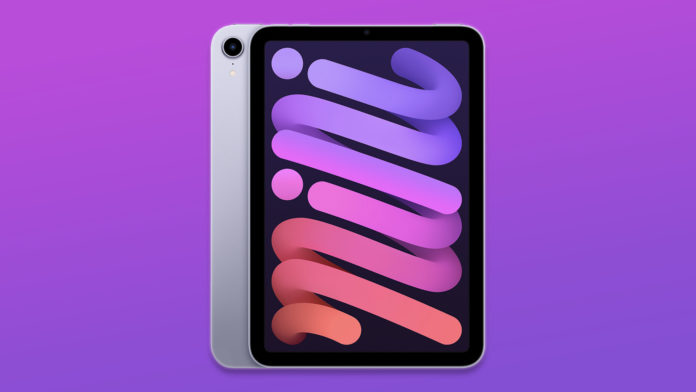 iPad received an update in two models and they are the 10.2 (9th gen) variant and Mini (6th gen) variant. Apple focused on bringing refreshed model for the consumers and another iPad that will have upgraded internals with traditional design. We are going to look at the new iPad’s that were announced at Apple’s September 2021 Event.

What did Apple announce at Sep 2021 event?

I want to put you on speed and focus on what’s important.

Apple announced two new iPads at the event, and I have mentioned them below.

I do see one of them as an upgrade for the modern users, while the other one seems more targeted towards budget consumers or for students. The Cupertino-based company knocked off $50 for the students, and you need a University or School ID to claim the instant discount.

Meanwhile, there is no point in knowing about the hardware without looking at the iOS 15 software update because that’s what utilizes the hardware.

iPad Mini (2021) is by far the biggest upgrade for the previous-gen users, and it is due to the internals, and new design elements.

iPad Mini has the newer display design that is seen in Pro variants.

The traditional are removed in the newer design, and it’s something that millions have been waiting for in the Mini edition. You got a larger screen, and it’s an 8.3-inch Liquid Retina display. You got smaller bezels in the Mini variant, which is a newer design in itself. The way I look at it, it’s a mini version of the iPad Pro 2021.

The LED-backlit IPS panel has a resolution of 2266 x 1488 resolution with 326 pixels-per-inch sharpness. I wouldn’t say that it’s part of the revolutionary technology because the display sharpness is near the iPad mini 5.

I always wanted to see an anti-reflective coating in the iPad, and we got it in the latest Mini version. Now, it has Apple’s True Tone technology that will adapt to the ambient light temperature and produce details.

The newer model supports Apple Pencil 2nd generation, which means that it will snap magnetically to the side of the device and charge it at the same time.

The all-new A15 Bionic chip is what is powering the iPad Mini and gaming will be on the next level. You got fewer bezels in the display and the powerful new CPU & GPU processor for seamless gaming.

You can order Mini in four colors and they are Space Grey, Pink, Purple, and Starlight. I recommend the readers check out the colors because they look a lot different from what they are named.

Apple didn’t spend a lot of time designing the 10.2 (9th gen) because it receives an upgrade based on segment. The Cupertino-based company launched the iPad 10.2 series for students and budget users, who cannot afford to pay over $499 on the latest devices.

You won’t be getting the latest hardware upgrade and design upgrade in this iPad segment. I will compare the 8th gen and 9th gen side-by-side, so it would give a clear idea on whether if it can be considered as an upgrade or not.

The global pandemic has forced the world to shift from physical meetings to virtual meetings. Apple has stepped up the game in the front camera technology and gave hardware upgrade that is worth mentioning.

It’s a major upgrade for a budget tablet since the 12MP UW front camera was introduced in the Pro lineup. You can take advantage of the Center Stage feature in the 12-megapixel ultra-wide-angle sensor. The latest iPad 10.2 destroys the previous generation in the front camera department.

We will compare the CPU/GPU since RAW power matters for smooth experience and longevity.

Both Apple processors are considered flagships from 2018 and 2019 based on 7nm architecture. The A13 Bionic has more RAW power compared to the A12 Bionic, which makes the newer generation iPad 10.2 powerful in this segment.

The previous generation and latest variant have the same display resolution, but it’s an improved technology with an add-on.

The 2021 iPad 10.2 display has RGB, so the color accuracy is 100%, and the True Tone display, which the previous generation is missing. Meanwhile, both gen displays have a fingerprint-resistant coating, and they can go about 500 nits brightness.

The smartphone started with a 4GB storage capacity, but it’s no longer the stand storage option. Apple is aware of the increasing file size that is occupying the internal storage faster than before.

The 9th gen iPad will have 64GB in the standard variant, and you can order 256GB straight up for $479. In short, the base variant comes for $329 only, while you are spending an additional $150 for the extra storage.

iPad 10.2 comes in three colors in the past, and I don’t know what made Apple drop one color option.

You can order an all-new iPad 10.2 in Silver and Space Grey only, and I’am not whining about it since Space Grey is my choice.

New iPad 10.2 and iPad Mini brought happiness among the consumers, who are looking for a viable replacement for the outdated tablets. As a consumer, I consider the newer models replacement for the existing ones due to the larger display, and processor in the Mini, while 10.2 makes a suitable upgrade for students.

Previous articleNVIDIA Control Panel Missing on Windows 10? 4 Simple Fixes
Next articleiPhone not vibrating for calls and texts? Here’s the Solution