How to Downgrade iOS 15 Beta to iOS 14 on iPhone, iPad, and iPod 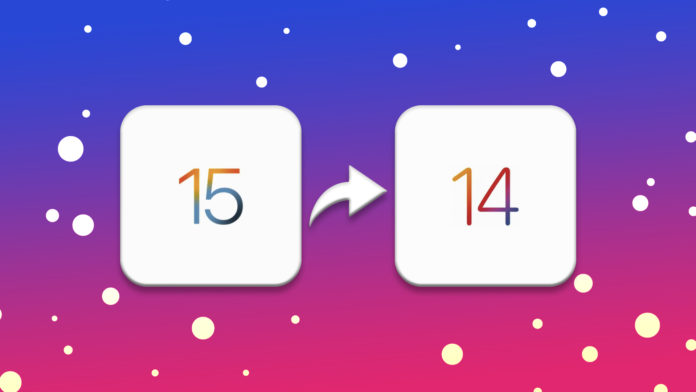 Apple software is not perfect, and that is why the company decided to make the beta edition public. The world gets to witness what the Cupertino giant is working on and also polish the software at a faster pace. If you have installed the public beta version on the iPhone, iPad, and Watch, then you do have an option to opt out. My advice to the readers is to find out about opt-in and opt-out instructions because there are limitations on what you can do what you can’t in the beta policy. Let me take you through the opt-out process and provide information on limitations, so you never make the same mistake again.

First off, you need to prepare for the process and save yourself a lot of time later on. I will prepare you to downgrade the device to a stable iOS 14 version, so you don’t have to run errands a few minutes later.

You need a Windows PC or Mac computer with iTunes in it. Fortunately, Apple implemented iTunes as part of the operating system, which they should have done it all along. Your Mac has iTunes in it as long as the latest software of macOS Catalina edition.

You need to carry the lighting cable to connect the device to a PC or Mac computer and make sure the machine can recognize the iPhone or iPad. In case, if the machine is not recognizing the device, then try a different cable and re-install Apple drivers.

Of course, you can utilize iCloud for backups, but I prefer local backups because they don’t need internet and finishes the task efficiently. You have to keep in mind that apps installed in iOS 15 may not show up in iOS 14, but you can always install them manually.

Now, you can release all buttons.

Now, you can release the Side button.

In case, if it doesn’t work, then you can connect the lighting cable at the beginning of the process and try again.

Now, you are prepared to downgrade iOS 15 to the iOS 14 version in your iPad and iPhone.

Get ready to connect the iOS device to the machine, so keep the lighting cable nearby.

iTunes will start restoring the iOS device to iOS 14, so do not disconnect it or force shut down the Windows or Mac machine.

There’s another way to get rid of the beta version from the iPhone/iPad and switch back to the stable software.

You have removed the beta profile from the device, but it won’t install iOS 14 right away. You have to wait for the next iOS 15 beta version to downgrade to iOS 14, and that’s the limitation here. However, I wouldn’t wait that long because the next beta update may come in a month or so.

I have shown you two ways to downgrade from iOS 15 stable to iOS 14 stable version. It doesn’t matter if you are using an iPhone or an iPad as long as the instructions are followed properly. I feel bad for the watchOS 8 beta users because there is no way to back to the watchOS 7 versions.

Previous articleSolved: Why does Windows 10 Computer Randomly Restart?
Next articleHow to download, install, and remove iOS 15 Public Beta on iPhone or iPad

How to Block Someone on iMessage from any iOS Device