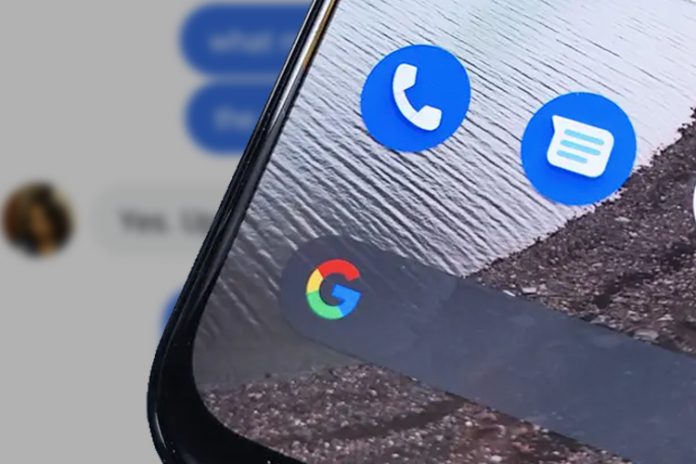 Google is working with manufacturers, OEMs, and carriers to provide one-platform for messaging in the upcoming Android mobile operating system. The RCS texting platform is mimicking Apple’s iMessage concept, and the Cupertino-based company perfected the core elements, which makes the platform superior.

Reddit user’s noticed that there were some changes made to the existing RCS messaging platform. The thread has a screenshot that indicates that Google is working with T-Mobile (USA) and OnePlus 7 Plus phone to improvise the system.

iMessage has an option to react with a reaction emoji. The consumers have to Press and Hold the reply or post to view more options, and this is where you have emojis on the screen. Tap on one emoji to react to the reply or post. Apple implemented this feature long back on its platform and it is working smoothly on iMessage.

Another Reddit user explained the entire situation, where the consumers are a non-beta user, yet he has the options appearing in the Android default “Messages”.

The Android Messages users, who are a non-beta user, confirmed that beta and non-beta received the upcoming reactions feature on the phone. Google is implementing this feature specifically on selected phones and carriers only. I won’t be surprised if we spot the reactions feature in Pixel phones.

We don’t have an official report from Google, OEM, or any carrier, so we cannot confirm it, but we have consumers reporting the new feature on Reddit by backing it with sufficient proof.

So far, the reaction feature is spotted on OnePlus 7, and Google Pixel in the USA and UK. Google RCS Messaging platform won’t make much difference in traditional texting solution but is a much-needed replacement for the modern Android phones. The ageing Messages app on Android is losing to the modern solutions available in the app store and RCS Messaging will make a difference.