Can We Get FaceTime on Android Devices? Here’s How to Do 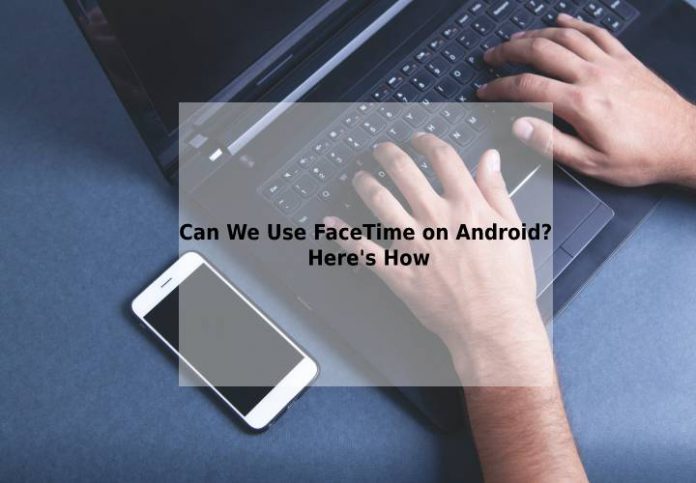 FaceTime is also known as exclusive video calling application available on Apple devices. The term “FaceTime on Android” is a famous phrase used by millions of Android consumers, and they all are looking for a solution. Apple Incorporated invented the application to rival Microsoft’s Skype Windows application because it was blazingly doing well among corporate and business people.

Can We Use FaceTime on Android Phone?

FaceTime is an exclusive service invented and optimized for iPhone, iPad, and Mac PC. The company patented the technology and scripts, and it restricts third-party developer copying it. Apple doesn’t want to provide any service out of their ecosystem and it applies to the apps as well.

Unfortunately, third-party developers or the entire community cannot create a stable version of FaceTime for Android because Apple will sue them. The technology is not compatible with the Android mobile operating system environment, and Apple doesn’t seem to release an official version anytime soon.

You can’t use FaceTime on your Android but don’t worry, We have a solution for you. Here’s we have mentioned few best video calling application which is quite similar to FaceTime.

I am going to list down popular FaceTime alternatives, which is compatible with older generation phones and provide excellent stability. You can start communicating over a video on an older Android version with a necessary internet connection.

JusTalk is a growing video communication application that works in any part of the world. The multi equipped app offers texting, sharing (files), voice notes, and video calls. Overall, the service is not missing new functions such as sharing live location, and it’s available in significant service.

To capture the video calling market, Google made efforts to bring forth the most reliable video calling functions on the Android platform. Google Duo is a high-quality video calling application made for Android & iOS platforms. The company develops an application that consumes fewer data and provides higher video quality and audio quality.

It is preinstalled on Android smart devices, and it is a stable app with little to no bugs or glitches. The company started million-dollar campaigns around the world, and they are planning to take over the market.

Microsoft released a video calling application for Windows OS in August 2003. No one can deny that MS nailed it with the video calling software that started a revolution. Common consumers can access visual communication over the internet, and it doesn’t cost a single penny. Skype is available on Windows, Mac, Android phones, and iOS running phones.

Skype provides video calling features with texting options. You can start communicating over texts, and the company added voice call as well. It also offers international calling service for a few bucks, and they provide unique caller ID as well.

Microsoft released Skype Lite to support older instruments, and it is a lightweight solution providing all significant features. I have used it for years, and it consumes a few minutes to master the controls. The user interface doesn’t create complications for beginners.

IMO is available on both iOS and Android, and the service released several years ago. It is part of the portable visual calling app revolution, which started several years ago, when Skype was holding the beer with a cherry on top. IMO sold the idea of “make free international calls” among the youngsters and entrepreneurs. In matters of months, the services went viral on play store, and thousands of people started to use it daily.

Users can create custom groups and add more than 50,000 people in it. Long-time social media platform limited file size sharing, but you can send or receive big files over the IMO platform. Download and start using IMO on Android, iOS, Windows, and macOS.

WhatsApp is a revolutionary application that changed the way we use to think about communication. The social giant FB acquired WhatsApp in February 2014 and improved the functions over the years. Fortunately, the social media giant WhatsApp started to add new features such as voice calling, video calling, and groups.

The name “Video Call” sounds way to basic, but it reflects the features & approaches the developers has taken it. The concept created to support people, who don’t want to provide details such as name, ID, contacts, and they want to remain anonymous.

Instead of sticking to one category with similar features, I have provided broad choices, which includes Quality + Innovative options + Free + Privacy. Let us know which application converted into a daily driver for you in the comment section below.

Previous articleWhy is Netflix not compatible with iPad and iPhone? How to Fix
Next articleFix: Service Host Superfetch 100 High Disk Usage in Windows 10