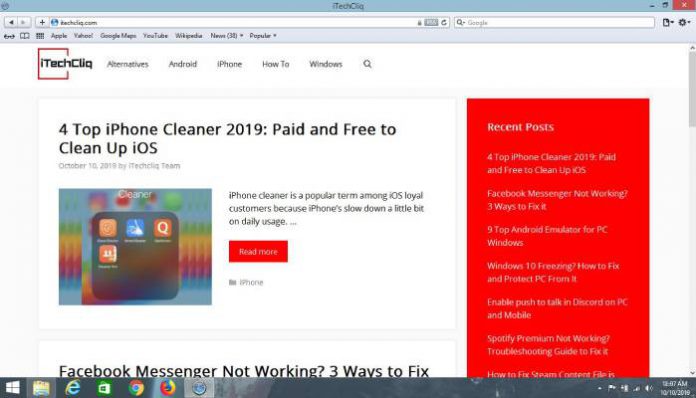 Steve Jobs founder of Apple introduced Safari for Windows in WWDC 2007. Apple wanted to reach millions of new consumers using the cross-platform, and Microsoft is a direct rival company. Apple wanted to attract new consumers on the platform and educate customers about innovation. The initiative started in 2007 with the open public beta, and it continued for a while.

This is why people love Safari browser

Safari is an exclusive browser for Apple devices, and it is available on iMac, MacBook, iPhone, and iPad. You can install third-party browsers on the Apple machine, but Safari offers optimized experience on Apple-developed software. I used the Safari browser that meets modern standards because the company assigned a dedicated team for developing & introducing new features on the platform. I cannot argue that Apple optimized an exclusive browser for performance and stability. The unique user-interface offers premium design and functions, which enriches the experience.

Is Safari available for Windows 10?

I already mentioned that Apple founder Steve Jobs availed Safari for Windows initiative via iTunes developer sneak peek program. The open beta version was available in 2007 on iTunes, and then the premium device manufacturer released a stable browser a few months later.

Initially, the Safari was designed for Windows XP, and Windows Vista. During the benchmarking segment, they declared Safari running 1.6x faster & 2x times faster when compared to Mozilla and IE 7. Back in the day, 75% of the market was covered by the Microsoft browser Internet Explorer. Google Chrome surprised the market, and they took over the browser segment in 2009.

Currently, Chrome covers 70% of the market followed by Mozilla, and Safari remains exclusive for Apple devices only.

Safari on Windows: How to install and use

I understand that Windows customers want to experience the innovative browser on the available machine. Safari browsers evolved over the years, and the user-interface changed a lot. We can install Safari on Windows, and I will show you away, but it doesn’t replace the modern Chrome or Mozilla.

We are going to use Safari 5.1.7 for Windows, which happens to be the last update from Apple. Of course, it has been discontinued, but it is available on a third-party website and offers a good experience. I confirm that it doesn’t replace the modern Mozilla or Chrome security, so do not access social media sites, and banking websites.

I had no problem installing the 2012 edition on Windows 10. I was surprised that it functioned well on a modern machine running Windows 10. Usually, outdated programs require compatibility assistance in order to provide further support.

Apple officially stopped supporting the Windows platform, and they removed the download option & program set-up file in the servers. We are using a third-party source to get the set-up file, and they might contain a virus.

I ran an in-depth VirusTotal threat checker. The online tool ran an in-depth scanning using 69 online security programs. Fortunately, it could not detect a single threat, which clearly states that no one tampers the Apple Safari Browser 5.1.7.

As of now, we should not get our hopes high and appreciate what we got today. I recommend Chrome & Mozilla browsers because they are premium and high-end programs.