WWDC 2020: Apple is going be an online event in June this year 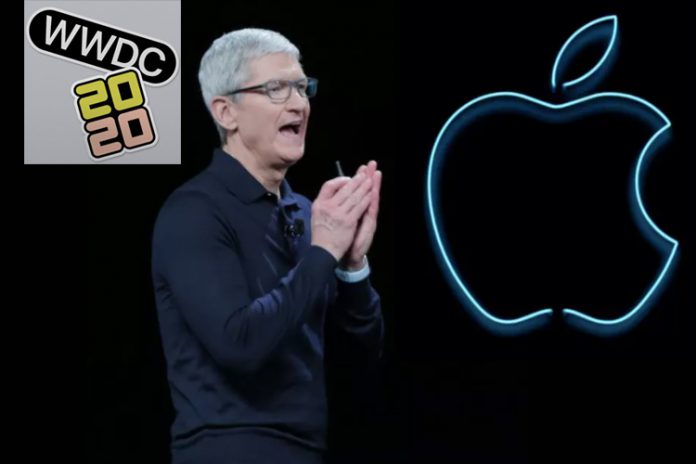 Apple seems unfazed by the current pandemic events and focuses on holding online events and launches. The company is holding its annual developer conference via an online-only event. WWDC 2020 is going to bring in a preview of new software information. Of course, Apple, like always, will stream the keynote event online for free.

The WWDC stands for “Worldwide Developer Conference” is an annual event and Apple invites thousands of developers across the globe to have hands-on sessions with in-house Apple developer teams. The invited third-party developers have to reach San Jose, California on the given date and time because it is not a one-day event. Apple wants to give exclusive hands-on sessions to one batch at a time, so the process takes five-day to serve invited developers.

WWDC is an exclusive offer that costs $1,599 for the five-day event and it is decided by the lottery system. However, WWDC is going to hold the first virtual tour through Apple’s developer website and developer app. Unfortunately, Apple added a limitation of 5000 developers only, so not everyone can purchase the $1,599 ticket.

I spoke about the online stream earlier, which is called “Keynote” that is available to everyone watching. The WWDC (2020) begins on June 22 and you can watch it via Apple’s official website. You got multiple options here, and you can watch via iPhone, iPad, and Apple TV. Fortunately, the “Keynote” live-stream is accessible via standard browsers like Chrome, Firefox, and Safari.

The WWDC reveals vital information on the upcoming software updates. The forthcoming software information includes new versions of macOS, iOS, tvOS, watchOS, and iPadOS. Originally, Apple focused on the software-oriented events only, but they later added hardware in the event.

Apple introduces iOS in the sessions that bring plenty of features to the smartphone. According to some reports, Apple is planning to add AR to iOS 14 and use LiDar at maximum capacity. The company is also introducing a “Clips” application that allows the consumers to preview third-party applications and no installation is required. iOS mobile operating system didn’t change much when compared to the iOS 7 release. The iOS 14 rumored to bring customization options for modern users, and enlighten their eyes. During these sessions, you can find out about the iOS 14 supported devices.

Apple is working on next-gen macOS, and you might learn new things about the upcoming desktop-class operating system update.

Most of the upcoming features that are available in iPadOS that includes “Clips”, which enables the consumers to try the third-party applications without installing them on the phone. The older generation iPad’s rumored to receive iOS 14 update that improves CPU performance and new Battery Health feature that extends the lifespan of the physical battery.

WWDC 2019, Apple unveiled desktop-class Mac Pro workstation that got heavily trolled online for the expansive price tag and ridiculous $1000 stand. The Mac Pro monitor costs $5000 and it didn’t come with the professional stand and customers have to pay an additional $1000 for the stand. Apple rumored to announce wireless headphones, Apple TV set-top box, A14 Bionic Chipset, StudioPods, iMacs, and more.

Apple did not update tvOS since 2017 and expected to be announced in WWDC 2020.