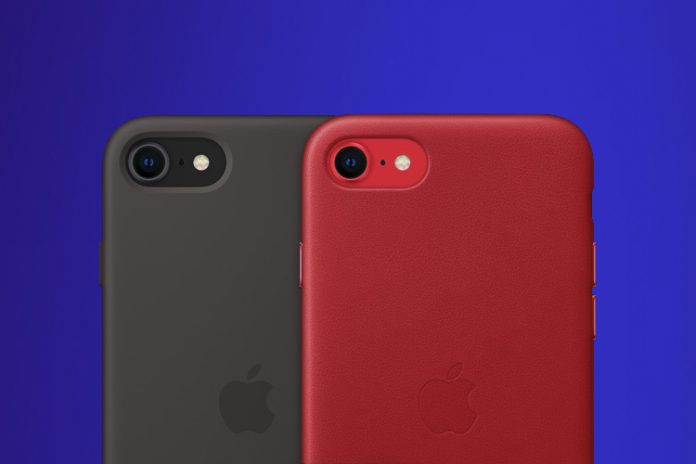 iPhone SE 2020 is making headlines around the globe and millions of consumers are prepared to grab their hands on the affordable iPhone in 2020. Only a handful of consumers, experts, and reviewers are talking about the SE-edition and whether is it even worth buying? I mean, I should point this out for consumers, who don’t understand the technical side of the phone and provide an in-depth conclusion.

Why iPhone SE is popular?

The original iPhone SE launched in 2016 and it made headlines for having modern specifications in older housing. The smartphone industry started to evolve drastically with Android taking over the market share and claiming Asian markets.

iPhone SE (2020) existence is proof that Apple wants to dominate the budget category and claim the throne. The company does not want to throw away the previous generation materials and recycle it instead and generate respectable profits from it. Overall, it’s a win-win scenario for Apple and consumers, who cannot afford $750+ smartphones.

iPhone SE (2020) will claim the throne, why? Apple doesn’t have a competition in this category and that’s why reviewers, experts, and business analysts consider 2020 SE-edition a recommended product for consumers.

Allow me to explain the entire situation in one sentence, a few weeks back, Unbox Therapy made a remarkable tweet that explains Apple’s success with SE-edition.

Lewis George Hilsenteger asked the followers, whether they would pay $399 on Samsung S7 phone with a modern Snapdragon 865 processor in it? The follower’s reaction was mixed and that clicked Xiaomi’s Poco F1 success. However, Poco F1’s starting price was $199 in 2019 and it went out-of-stock in the online market, and everyone wanted to have this product.

Overall, iPhone SE (2020) edition doesn’t have a competition, and that’s why several reviewers are recommending it.

Is it worth your money? I mean, I want to put this review out, so average consumers like me can make a decision.

The display is the first thing that every consumer looks at and it should be a contributing factor here. Apple added 4.7-inches IPS LCD to the modern edition that is based on the LCD panel. The IPS LCD panel has a resolution 750 x 1334 with a 326 PPI density ratio, which is similar to the 8-edition screen quality.

I want to point out two important features for modern consumers, and they are 120Hz touch-sensing and scratch-resistant glass. The Cupertino-based company revealed that the display brightness is 625 nits maximum, and it’s not enough to view the contents in sunlight exposure. However, (SE 2020) is IP67 certified, which means it is dust-resistant and water-resistant up to 1 meter deep in the water for 30 mins.

iPhone XR has 720p (1792 x 828-pixel resolution) resolution, but it is a vibrant display that does deliver eye-catching performance and SE 2020 is the same. The display quality will be good but not good enough to meet modern standards, and that’s deal-breaking for someone who already used a high-resolution phone.

We should talk about bezels on the top and chin because it is an old design from 2017 and nobody in the market is manufacturing these phones anymore. Even the budget-oriented phones are launching with thin-bezels and it’s one-step forward to the future.

By the way, you got a traditional physical fingerprint sensor for security and no Face ID.

For $399, I would not mind having an outdated display design because of the other perks. However, I have to be extremely careful with the device, or else, I could easily end having scratched display.

Overall, I do not want to add remarks in this segment because it is one of the best flagship processors in the smartphone market. Apple’s A13 Bionic chipset is truly a beast and has no competition under $399. The SE selling point is the processor, which is a flagship-grade and high-performance chipset in the industry, right now.

The A13 Bionic is a powerful processor, and even XR edition has a 2942 mAh battery because A13 Bionic consumes plenty of energy during processor-intensive tasks. Unfortunately, the SE battery charge will drain faster than any other modern iPhone available today because the 1821 mAh battery is not enough to power flagship-grade chipset.

Apple proved that their cameras can do magic, even when coupled with a single-camera sensor. The primary sensor sports 12 mega-pixel shooter (f/1.8) supporting PDAF, and OIS. Meanwhile, the front camera or selfie camera is a 7 MP shooter (f/2.2) that has a face detection feature.

Overall, it is a standard camera setup that can capture decent photos under good sunlight conditions. However, I would not say the same in in-door conditions because the SE camera fails to capture details and natural elements under artificial light conditions.

You have to make your final decision because you are not getting a triple-camera setup, where ultra-wide, telephoto, and LiDAR scanner. Overall, it is a basic camera setup for consumer, who is into photography and looking to capture decent photos only.

I should talk about video recording because even I was looking forward to this. Fortunately, you can shoot videos in 2k resolution in 60fps and 1080p in 60fps. Coming to the selfie camera, you can capture 1080p recording in 30fps, which is not sufficient, but I cannot ask for more under $399.

I don’t think Android phones under $399 can beat 2k resolution in 60fps recording capabilities and overall output of the device.

I strongly believe that if a smartphone can handle modern games and deliver a smooth experience in high-quality graphics, then it should perform excellently under normal usage. The A13 Bionic GPU (4-core graphics) delivers magnificent gaming performance, and nobody can doubt its position. However, I don’t think, and you will have a pleasant time while gaming on iPhone SE.

Unfortunately, you won’t be able to play for hours because of many factors. If you are planning to stream or game to improve yourself, then I don’t think 4.7-inches (LCD Display) + 1821 mAh battery is sufficient.

The SE model is suitable for professional people who use WhatsApp, Facebook, Google mail, and other texting. You can gift the phone to your parents or spouse because they don’t need to upgrade the phone for next 3-years. Apple guarantees software updates for 5-years and 2014 iPhone 6 received security update recently.

Apple iPhone SE (2020) is designed for someone like me because I don’t click pictures, I don’t game on the phone, and I don’t care about design or display. I use the phone for communication with the loved ones and conduct business, and that is all. With 5-years of guaranteed software updates and performance, I want to invest in iPhone SE.

For $399, it is a recommended phone for professional people and light users.