How to Add and Play iMessage Games to iPhone (iOS 15) 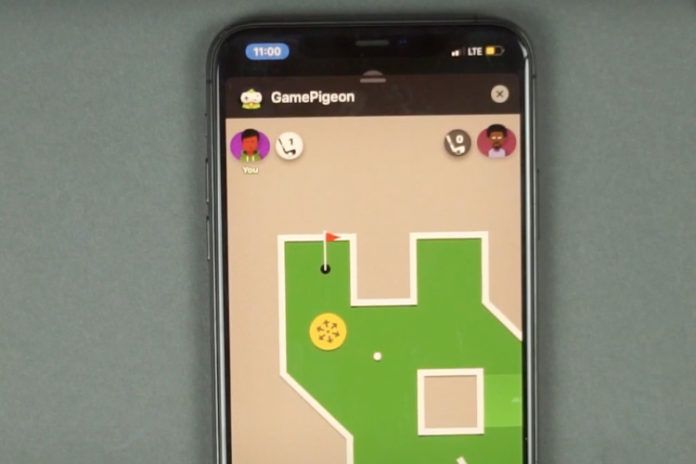 Have you heard about iMessage games? Apple took the texting platform to another level by adding game support, where third-party developers can create new games that can be played within the platform.

You don’t have to open the game in a separate tab and play the game with the recipient within the iMessage or SMS app. We have tried the app and it works flawlessly as it is compatible with iOS 11 or later.

We are using an iPhone running iOS 15 and have no problems at all, but the game stability depends on the developer.

Allow us to guide the readers on how to access the store, install games, play the game and uninstall the games as well. Follow our guide to learn about iMessage games.

How to install an iMessage Games to my iPhone?

Let’s begin the process by showing how to install the games on the device. Make sure your iPhone or iPad is connected to the internet because we are going to download the games for iMessage.

Now, you learned the iMessage games installation process. Explore the number of games in the app and find out which one suits you and the second player the best.

How to play games on iOS messages?

These games are meant to be played in two-player mode, so you have to invite the recipient. The recipient has to download the same app, and the invitation will provide a link as well. Follow us to send an invitation to the recipient and start playing duos with your friends and family.

iMessage game is a two-player game, so you have to wait for the recipient to join, and that’s when the round will begin. There are many developers, who have come forward with new editions, so keep on exploring to find the ideal game.

How to uninstall iMessage games in iPhone and iPad?

The game will be removed from the iOS device, and it won’t come back until or unless you re-install it again. All game-related information will be cleared and if you have connected to Apple Game Center then it will save the data.

How many games are available for iMessage?

Apple introduced the feature in iOS 11 that launched in 2017. The feature has been around for several years now, but there aren’t enough games out there compatible with the SMS app. The lack of demand and software limitations is slowing the process, but there are a few games that you can consider installing on the iPhone or iPad.

I have been playing 8 Pool Ball, ever since, it was introduced on Facebook. You can consider playing pool with your friends and family as it does not require a high-end specification device. The game does not take a toll on the iOS device, and you can enjoy the most popular pool game on App Store without limitations.

I have introduced the Game Pigeon during the demonstration, and it has a lot of games in it. No one will be forced to join one game as there is a library within it, and there are multiple choices available in it. The library may seem limited, but App Store doesn’t have lots of options anyways.

I love classic games because they remind our childhood and Tic Tac Toe is one of them. The lightweight classic game does bring competitiveness to the players, and you won’t regret it.

Apple is expanding the horizons of the existing features, and the SMS app is playing a crucial part in it. the iMessage games library is limited, and only a fraction of developers are working on it, but it is a simple solution to invite friends or family members to a game.

Previous articleSolved: Why can’t sign into my Yahoo email account on my phone?
Next articleHow to fix checking for updates stuck error on Windows 10