Fix: Logitech wireless keyboard not working on Windows and Mac 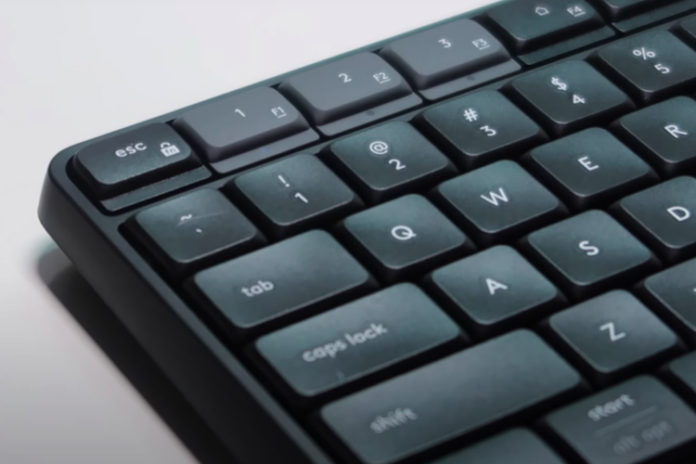 Logitech keyboard not working normally in Windows and Mac machine. Readers can solve keyboard problems as long as it doesn’t have hardware-related defects. We are not going to use any third-party program or tool to resolve the Logitech keyboard errors and use available options instead.

A quick restart can remove temporary files and junk coming in the way of the keyboard. Reboot is a powerful mechanism in the operating system, and there is a reason why it exists in Windows, Android, iOS, and Mac.

Let your Mac reboot the software and start a new session.

Your Windows or Mac machine will dump temporary files in the bin and start a new session. Microsoft and Apple added the restart option for a reason, and it solves the smaller components driver errors in most cases.

Logitech is selling a wide range of products for customers around the world and they have a dedicated section for wireless goods. All wireless machines are powered by batteries and they are either replaceable batteries or rechargeable batteries. Change the battery inside the keyboard and replace them immediately, if it’s not working properly, Remember, you should take AAA battery technology into account, when it comes to lifespan. You can take Duracell for example, which is known to provide a longer-lasting battery charge, while the rest of the competitor solution doesn’t even last a week or so.

Note: Read the manual to remove the back lid and replace the batteries.

Logitech developed a dedicated Windows & Mac program that is designed to control the products. G HUB is a proprietary program that allows the Logitech keyboards to communicate with Windows & Mac software. Readers can uninstall the program from the machine and then reinstall a fresh copy online. I do want to inform the users that the Swiss manufacturer played smartly here, so G HUB won’t uninstall completely in Windows.

You can use REVO Uninstaller or other similar tools to remove it, but it is entirely up to you.

The program will start jiggling and then click on the X mark to delete it.

A confirmation pop-up will show up, and you have to click on “Delete” to uninstall it from Mac.

Restart Windows to remove the remnants from the OS and see if the keyboard is working normally. You can seek assistance from the Logitech customer support team if the H SUB software is causing the error.

Mac developers added SMC, also known as System Management Controller, which controls the low-level components in MacBook and Mac PC. You can reset the SMC manually using a simple technique and get rid of the smaller component errors.

The SMC in removable MacBook battery and Mac will be reset.

In case, if you have newer MacBooks that don’t have a removable battery option, then you can consider the second solution.

If you believe that something went wrong and SMC did not reset then you can perform the same action again. You can repeat this solution a couple of times, and it won’t do any harm to the components or software.

Connect Keyboard in another USB Port

Newer and older Logitech keyboard models support USB 3.0 and USB 2.0 ports, but sometimes macOS & Windows drivers stop. In such cases, you can prompt the software to communicate with hardware by connecting the component to another USB port.

Windows & Mac treats the USB ports as a different component, which is why the keyboard will work, even when the driver stops working.

Windows & Mac will install fresh drivers prompted by Logitech keyboard, so do not interrupt it.

Don’t get me wrong, but macOS & Windows have plenty of viruses and malware. Apple does not tell or inform the machine owners about the recent attacks that affect millions of users. Microsoft and Apple release software updates to cover up the recent botches and protect the users.

You should update the software to the latest to prevent the attacks, and Logitech keyboard error is one of the affected components.

You can fix the Logitech keyboard that is not working on Mac and Windows PC by following simple solutions. Logitech offers two years warranty on all keyboards, and they provide replacement on all components. Do not hesitate to seek assistance from the nearby service center, and remember it takes a month to issue a replacement.

Previous articleWindows 10 Freezing? How to Fix and Protect PC From It
Next articleHow to Fix Face ID Not Working in iOS 15 on iPhone and iPad