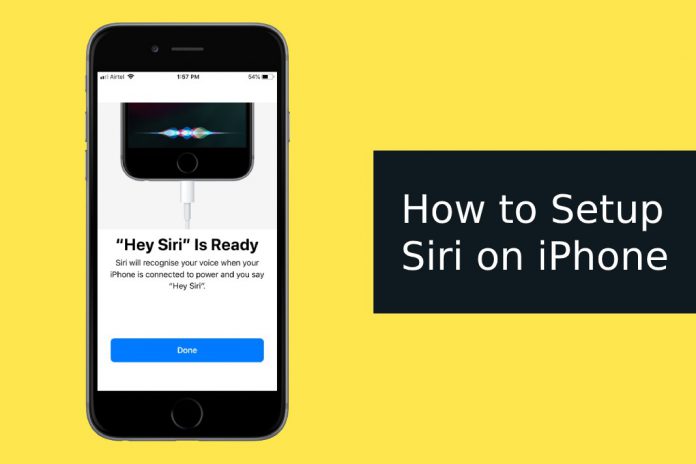 The Apple manufacturer added AI (artificial intelligence) voice command functions in the modern version of the iOS mobile operating system. Over the years, the software developers enabled the device owners to tweak the functions to personalize it. In this tutorial, I will guide the newbie’s to configure Siri on iOS devices and provide a guide on how to use it from day one.

How to set up or configure Siri on the iPhone & iPad

No need to worry about different sets of instructions for various devices, since the iPhone and iPad run on the iOS mobile operating system. However, you cannot use “Hey Siri” in several devices because there is a minimum requirement added by Apple, and you can check your device on the list.

Make sure to enable three things in Siri & Search option.

By enabling three options, you can access the voice command in all aspects, and that’s how you can take control over the functions. Of course, I will also provide information on how to use it, and basic things about errors, so you can set-up the AI faster.

How to change Voice & Accent of Siri Voice Command?

Apple announced that they added new Male & Female voices and accents for personalizing the experience. As of now, you can choose Male or Female of native American, South African, Irish, British, and Australian. The native sound experience brings plenty of benefits, and it will help the device owners to understand the accent better in a louder environment.

The language pack and voice pack is downloaded from the official Apple servers, so don’t worry about the third-party role in the process. The connection remains secure because Apple creates unique encryption to keep the privacy invaders away during the process.

Siri is a powerful voice command that provides customizable functions, and one of them is “My Information.” Device owners can use the information to ask Siri to provide directions to home or call someone that you love. In my case, I have selected “B” which happens to be someone in my family. However, you can only set one contact in the field, and you can create a new contact and save your own number as well.

You can make changes to the contact card and then add sufficient information in it including email address, social profile, address, website URL, and more. It does come handy when you want to call the contact person or send a message without touching the phone itself.

By following the above guide, you can activate Siri on iPhone and iPad devices. I spoke about minimum requirements because Apple mentioned that it requires iPhone 6S or above machine to run voice command. On iPhone 6 running iOS 12, I had no problems setting up the voice command, and “Hey Siri” is perfectly working on my iPhone. If Siri stops working on your device, check it out our ultimate guide.