How to Block Spam Risk Calls on iPhone 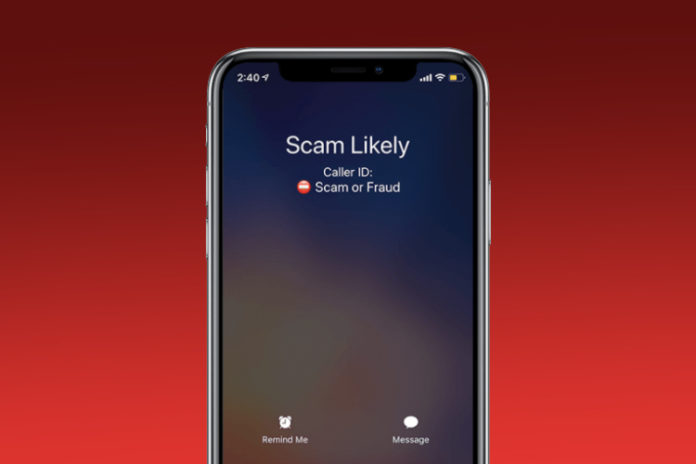 Spam risk calls have increased around the world as companies are adding robots to make such calls to increase leads & sales. Many fraudsters have started to use the method to target novice consumers or someone who doesn’t understand the pattern. Unfortunately, it has started to bug a lot of people and it has increased because it is working for the fraudsters.

What is the motive behind Spam Risk Calls?

We have understood what spam risk calls are and why you should take action against them. Millions of smartphone consumers are facing it daily, where unwelcomed callers are troubling them from now and then. Let us look at some of the well-documented events that are happening in Canada, the USA, the UK, and Australia today.

The Federal Communications Commission and Federal Trade Commission have reported that US citizens received over 50 million automated calls in 2019 alone.

Many telecommunication companies have sophisticated technology that enables users to add or remove functions. The network administration disables most of the functions by default to keep it user-friendly for the new users on the platform. You can contact customer care to ask if they are providing such a function in the service. Remember, this is not an iOS or Android problem because they are doing what they can to provide good voice calling features to the customers.

AT&T has added the Call Protect service for free for all postpaid customers, but if you are a prepaid user then you have to pay $3.99 per month.

Meanwhile, T-Mobile and Sprint introduced Scam Shield & Scam Block for free in postpaid service, but prepaid users have to pay $3.99 per month.

Your telecommunication company has the keys to the technology to prevent such people to send automated voice calls. In case if your carrier does not have the option then you can opt-in other solutions.

Block the number manually on your Apple device

iPhone & Android devices support manual number blocking features, and you can make good use of it. You don’t have to worry about the spam risk calls again in an iPhone/iPad and focus on what’s important. An average American receives over 5 – 7 robotic calls per day, and it is a common problem nowadays.

The number is blocked in the device, and you won’t receive calls from the blocked number anymore. You don’t have to restart the iPhone/iPad because it has blocked the number instantly. Remember, this method will work on Discord and other similar calling apps, so you got covered by iOS software.

The Cupertino-based company worked on the software over the years and developed intuitive technology to identify the culprits and keep them away from the device owners. Yes, you have an advanced function that blocks the spam risk calls most of the time. Of course, you cannot escape from the new numbers instantly because it takes some time for the phone number to hit on the spam list. You can find out the phone numbers that are listed in the blocked section and you can find out about it instantly.

We blocked one number but iOS blocked several phone numbers that are spam. We removed the numbers from the snapshot to maintain privacy and unnecessary attention.

You can swipe down to the bottom and block a new number from the contact list or recently received calls. You can unblock a specific number from the list and Apple allows the users to do so. It is an innovative function, where Apple is doing what telecommunication companies should be doing for the customers.

You can install third-party apps available on the Apple App Store and use them to block annoying robotic calls. One of the most popular choices is the True Caller, which is the world’s best Caller ID & Spam Blocking app.

We have used True Caller on Android and iOS running devices, and it works like charm. The majority of the spam detection & Caller ID detection apps are available for free-to-use but they have a catch. You can take a True Caller for example, where they provide the service for free-of-cost, but the company sends a copy of the contacts list & activity list to the private servers. In short, your privacy is at risk and is not recommended for customers, whose main concern is strict privacy.

It’s not easy for the telecom & manufacturers to fight against the spam risk call. There are thousands of services available legally that enables the individual or companies to subscribe to automated services. You can approach a service that is selling automated services and redirects it to the average consumer to generate leads & sales.

Previous articleiTunes Could Not Connect To This iPhone? 5 Ways to Fix This
Next articleHow to Find Lost or Missing AirPods