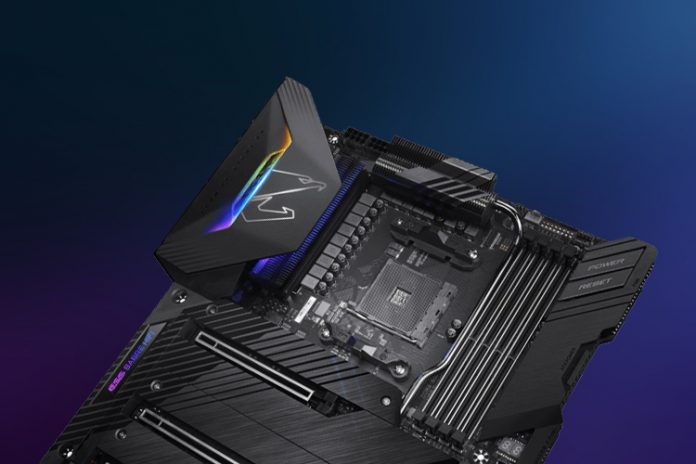 Gigabyte is selling 12 variants of Z490 motherboards under the AORUS brand and they have spilled the beans recently. Intel microprocessors manufacturer is occupied with 10th generation CPUs promotion, while they are not even talking about the 11th gen CPUs here. It is a blessing for consumers and a nightmare for Gigabyte to spilling the beans under the contract. This entire ruckus happened in a YouTube Livestream on the official AORUS channel.

Gigabyte is working on PCIe 4.0 technology, and their motherboards are shipped with it very soon. However, the majority of the newer graphics card like RTX Super series and Radeon RX-series PCIe compatibility is PCIe 3.0 and only time can tell, whether it has a reasonable value to additional investment or it is a future proof feature.

I want to inform the readers that GPUs compatibility system is opposite to what we imagine. You can put PCIe 3.0 graphics card in PCIe 4.0 port without any problems because PCIe technology requirements are the opposite. Overall, you won’t see any major performance decline or unstable performance.

We have come a long way from traditional HDD and external device technology. The M.2 SSD Storage devices are using PCI Express 3.0 technology for higher bandwidth data transfers. Currently, PCI Express 3.0 interface is the available majority of the motherboards including Z490 models.

However, it is unlikely to see compatibility and support for PCI Express 4.0 technology to connect drives and devices. Currently, only a handful of OEM motherboards support PIC Express 4.0 and they are AMD’s X570, ROG Strix TRX40-E, and Prime TRX40-Pro. All PIC Express 4.0 compatible motherboards are based on AMD 3rd generation threadripper CPUs.

Regardless of Gigabyte claims in the recent Livestream, none of the OEM manufacturers confirmed that Intel is working on next-gen CPUs.