Solved: Why is my iPhone 11 showing the Apple logo and stuck on it 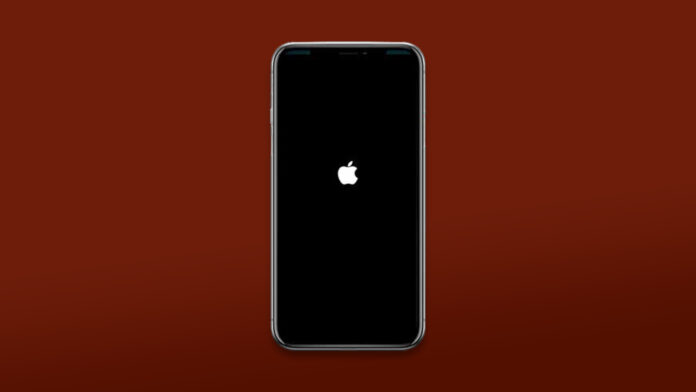 Many iPhones 11 stuck on the Apple logo, and users don’t have a clue on what to do next. It’s a bothersome state your iPhone is in, and there are several ways you can get it out of the Apple logo loop. We cannot assume the device’s current situation based on random answers found on forums. We will take two approaches and find out whether this is a software-based problem or a hardware-level problem. We have suggested viable solutions to get your iPhone out of the Apple logo.

Why is my iPhone keeps showing the Apple logo?

I recall an incident that happened several years back, where the iPhone stuck on the Apple logo. The iPhone 4S had a motherboard level problem, and the company asked us to purchase a new one instead of repairing it. In another incident, the iPhone 4 had a software problem and was resolved with software repair. iOS system fundamentals haven’t changed much over the years, and they remained the same for several editions.

Corrupted software is the main culprit when the iPhone 11 is stuck on the Apple logo. The drivers might have been corrupted, so the startup process is interrupted due to the non-working components in the iOS system. We will resolve the problem using the official solutions and then move on to utilizing Tenorshare ReiBoot to repair the software.

You have to press the volume button, then release it quickly.

iPhone will carry out the command programmed at the factory. Corrupted software cannot deny the action, and it will force restart of the iOS system from the get-go.

iPhone has an advanced option called “Recovery Mode” that puts your device into a reconstruction state. You may have heard about iTunes, which is a proprietary PC suite from Apple developers. You can restore the iOS software or update the iOS update to the latest version without worrying about damaging the hardware.

Disconnect the iPhone from the PC, when the “Hello World” screen shows up on the screen. You have spent waiting patiently for almost half an hour, and a slower download speed increases the restoration process duration. Do not worry if the iPhone only shows the Apple logo even after applying the solution.

Fix it with Tenorshare ReiBoot

Many third-party developers have come forward to address the iPhone 11 stuck on the Apple logo. ReiBoot iOS System Recovery tool is one of that potential solutions and it is available for Windows & Mac.

ReiBoot iOS System Repair tool will restart the iPhone and repair the device. Be patient throughout the process, and do not disconnect the cable when you don’t see progress. Let ReiBoot take over the iOS firmware re-installation, and the iPhone will greet you with “Hello World”.

Apple answered a question of the user, who asked “my iPhone 11 is stuck on the Apple logo, What to do now?” They added DFU Mode, which is a next-level option and works differently from Recovery Mode.

iTunes will download iOS firmware from the nearby servers, and the rest of the task is automated. You have to wait half an hour to an hour for the restoration process to complete.

I had an iPhone 4S with a logic board problem, and Apple Service Center helped me make the final decision. You should reach out to the nearby authorized Service Center for further assistance and avoid burning cash at third-party repair stores. Of course, you can approach third-party repair stores for insight, but you have to put a lot of faith in them. I’ve witnessed the third-party engineers replacing the new parts with the old ones, and there’s a lot of trust factor plays in the segment.

You can bring back iPhone 11 stuck on the Apple logo to normal state by applying the official solutions. I have added the Tenorshare ReiBoot tool to minimize the efforts and automate the complicated process in a few minutes. Make sure to update iTunes in the system, and it will install the latest Apple drivers in Windows, and it will help in detecting the iPhone.