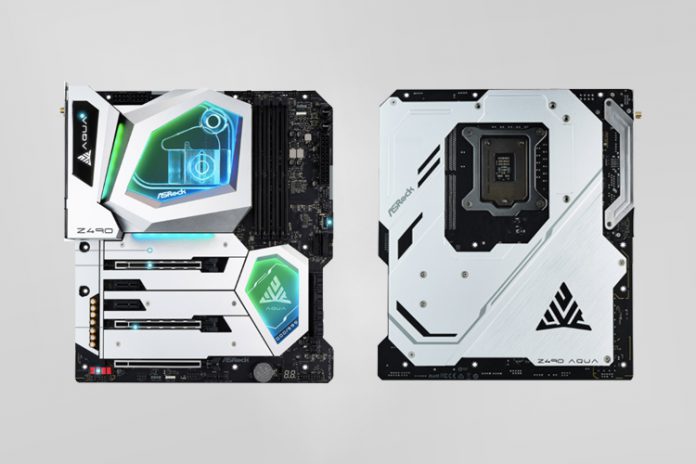 The Z490 motherboards are designed to house Intel 10th generation processors, and they have been making noise in the market for a while. The expensive single component is limited in numbers, and ASRock is building 999 water-cooled Z490 motherboards only.

ASRock is focusing on putting RBG lights and eye-candy housing for consumers who want to pay additional for the looks including performance. The surface is made from aluminum cover and it is metal design, and they are making it unique by manufacturing 999 motherboards only. However, none of the smart desktop builders would pay $1,100 for one single component.

The water-cooling system adds greater value to the CPU, but this begs the question, would you buy this motherboard for overclocking?

AQUA Z490 Motherboard is worth it?

Most of the desktop builders won’t invest $1,100 on one component and motherboards are essential in the process. I would say that it is an over-clocking enthusiastic product, but I completely disagree. Intel 10th generation processors made powerful by overclocking them and there isn’t much room left to overclock any further without the assistance of LN2 to exploit.

If you are a serious overclocker, then it is not possible to approach the task with water-cooling and depend mostly on LN2 technology. I mean, it is a good product, but I’m not happy with the price tag, and I don’t see it going anywhere further than this. Overall, ASRock AQUA Z490 Motherboard is trying something new, and different from competitors.