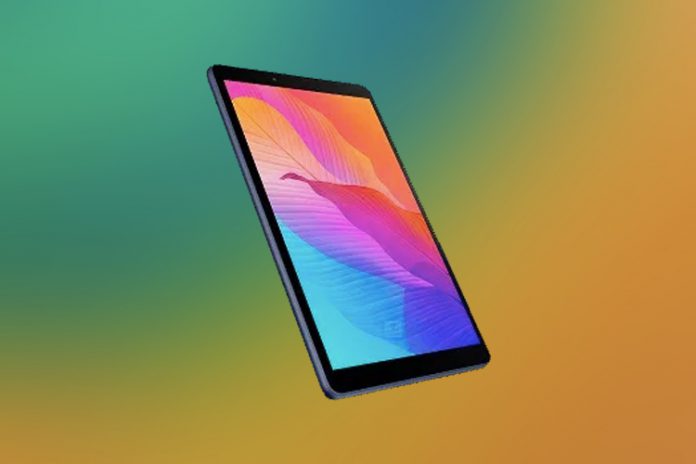 The global Chinese manufacturer Huawei unveiled the budget-oriented tablet in Romania, and it packs decent specifications and enough for education and entertainment. The lightweight tablet offers excellent prices and bundled with mediocre hardware.

To cut the cost, Huawei approached MediaTek and made the device around MT8768 chipset. The Cortex-A53 is an 8-core CPU, where 4-cores are clocked at 2GHz, and the rest of the 4-cores are clocked at 1.5GHz. The MediaTek Octa-core processor is backed by IMG G38320 650 graphics for lightweight gaming, and GPU intensive work. MediaTek processors are chosen for mid-range or low-end devices, and they perform decently.

The MatePad T8 has 2GB of RAM and runs on Android 10 out-of-box. In 2020, I don’t think 2GB RAM is enough to carry out heavy tasks, but considering the price point, and low-end processor, you cannot expect much from it. However, you can choose either the 16GB internal storage model or a 32GB internal storage model. Since Huawei is targeting students in particular, so they packed educational content for children and eye-comfort mode for longer viewing hours.

Keeping the price point in mind, Huawei bundled a 5-megapixel shooter as the primary camera and 2-megapixel camera with f/2.4 aperture in the front camera. Unfortunately, MatePad T8 doesn’t have a physical LED flashlight. The camera department lacks modern features, and you cannot expect crazy camera performance under this price range.

Most of the reviewers cover display at the beginning, but I choose not to do so because it isn’t impressive for modern standards. The metal-bodied tablet sports 8-inch LCD panel with a resolution of 800 x 1200 pixels. The pixel density of the LCD panel is 189ppi, which should be enough for most of the students. However, MatePad T8 weighs 310 grams only, and the display covers an 80 percent screen-to-body ratio.

The MatePad T8 selling point is the massive 5,100mAh battery that will last for 12 hours of video playback, and that’s a bold claim coming from the Chinese manufacturer.

It did not miss out on essential connectivity options, and you have USB OTG, 3.5mm headphone jack, Wi-Fi, Bluetooth 5.0, and micro USB 2.0 for charging and connecting the device to desktop.

The Romanian Huawei is selling the product for 500 Romanian Leu, which is roughly $112 by the end of the month. We don’t know whether the MatePad T8 is available outside of the country or global market.