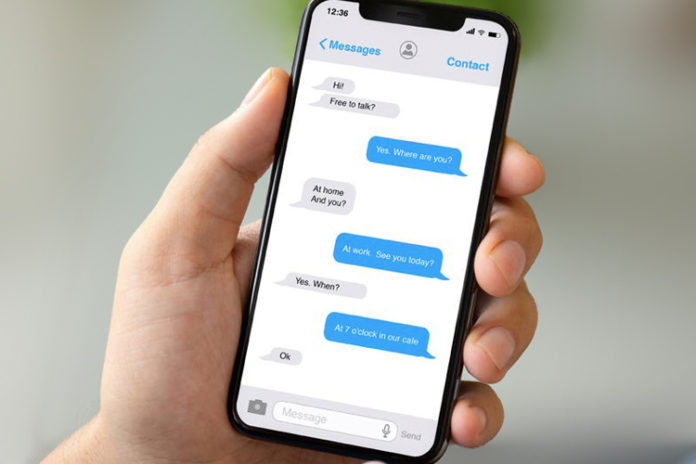 What is a voice message on an iOS Device?

Apple announced that they have worked on the voice message technology and integrated it into the SMS app. A voice message is not for everyone, but it is a viable option to convey longer conversations. Many don’t have enough time to type, and it is easier to send a voice note while working on another task. It is a long-awaited feature for iOS device owners, and there is nothing wrong with making use of it. Here’s a quick guide on how you can record and send voice messages to other iMessage users on iPhone, iPad, and Mac computers.

How to send a voice message in iMessage?

You need an active internet connection, so keep it in mind. I did not find the voice message option in iOS 12, but it’s present in iOS 13, so it is safe to say that you need an iPhone or iPad that can run iOS 13 or later edition.

That’s how you can send voice messages to the iMessage users on iPhone, iPad, and Mac computer. You can do the same on a Mac computer and follow the simple guide to find out how to do it.

How to send a voice message on Mac and MacBook?

Mac computer supports iMessage in the SMS app and it is an advanced feature that is part of the ecosystem. However, Apple introduced it in 2018 with macOS Mojave 10.14 version. Your Mac computer should support Mojave 10.14 or later to use the voice message feature.

macOS Big Sur inspired from the latest iOS layout, so the interface will be similar to what it is on iPad and iPhone running iOS 13 or later.

Catalina 10.15: There isn’t much difference in the tutorial except, the record icon is outside and right beside the “iMessage” typing bar.

Apple should have introduced it long back, but it is a common phenomenon for the company. The iPhone, iPad, and Mac owners have to wait a long time for modern features to arrive in iOS and macOS. Nonetheless, you can send voice messages to other iMessage users on iPhone, iPad, and macOS owners.