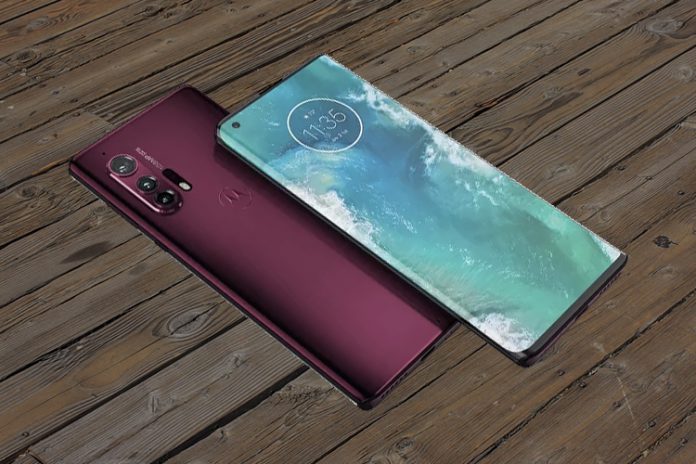 Motorola is owned by Lenovo, and they are holding an online event today. There has been an online leak, where Edge Plus specifications leaks confirmed in a recent promo video and expected the sell on the shelves $1000 through Verizon.

USA Motorola announced that they are holding virtual event via Twitter. The company mentioned “Flagship” in the tweet, and this could be the biggest flagship phone coming from Lenovo owned Motorola brand in years.

Let me summarize it, Motorola Flagship phones are going to have two variants Edge and Edge+ (Edge Plus) and they are priced somewhere around $1000 or above. OnePlus did leave plenty of breadcrumbs ahead of the release of 8th edition phones, and this is a similar scenario.

Edge +: The Motorola Edge+ called flagship because it sports Snapdragon 865 SoC that backed by 12GB RAM. Moto followed OnePlus 8 & 8 Pro footsteps and added 256GB onboard UFS 3.0 storage. You do have stereo speakers in both variants and we don’t know Moto did not remove 3.5mm jack.

The Edge+ added 5,000 mAh battery to power 6.7-inches FullHD+ and 90Hz OLED Display. Of course, I wouldn’t call this phone without fast charger bundled in the package, and Moto packaged 18W wired charger. I want to inform the readers that Edge+ supports 15W wireless charging, but it is unlikely that the company will bundle in the box.

Moto Edge+ runs on the Android 10 mobile operating system with two-years of software updates. I hope that the company will provide three-years of software support or else this is a bummer. Coming to the triple camera setup, you have a 108MP primary camera sensor, 16MP ultrawide and 8MP telephoto sensors. The modern punch-hole display sports 25MP camera for video calls and selfies.

Edge: The base variant is a downgrade from 108MP primary camera to a 64MP unit. The company did not reveal much information on battery in this variant.

Motorola is planning to sell the phone exclusively through Verizon for $1000.