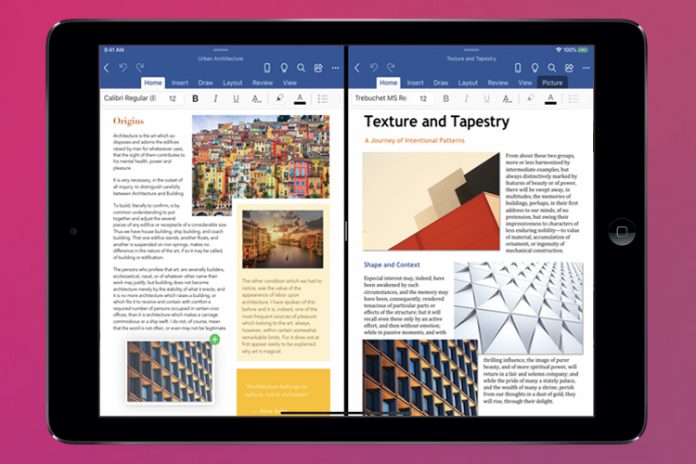 Microsoft is working to utilize iPad’s powerful processor, and software to open multiple office documents using the multi-window feature. Microsoft is using Apple’s Split View feature to enhance the user experience of Office Suite users. For someone who uses Microsoft Word daily, I can tell that it is an important feature for professional people.

If you are one of those luck beta testers, then you can use it in a few ways.

Drag to open in a new window

It’s a drag-and-drop feature and it will open multi-window instantly.

Microsoft created a separate department called “Microsoft Office Insider for iOS” and you can become a beta tester for the company. They will roll out new features earlier than regular consumers. As of now, the new Microsoft Office for iOS Split View feature is available in the beta version only and available for beta testers only.

Also, I want to inform the readers that beta testers cannot expect bugs, glitches, and instability free applications because that’s what Microsoft wants you to do, find loopholes, and they will fix them to release it officially.