How to use Discord Screen Recorder on iOS, Android, and PC 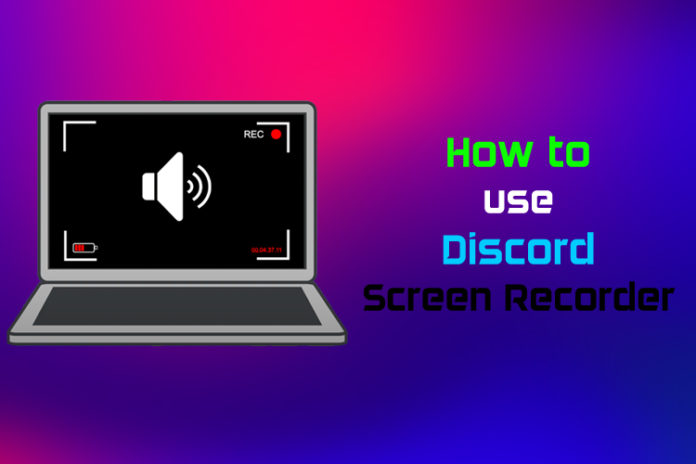 There is no Discord screen recorder in the app or program, but there are ways to record the Discord screen for free. The American-based VoIP and instant messaging platform demand have increased among the gaming community and Video Calling users. Discord took another leap towards the future after millions of users started to use it for business meetings, school meetings, and more. Many students want to record the session, so they can take a look back at the footage to clarify the doubts. Allow us to show how you can record Discord voice calls and video calls.

What does the screen recorder for Discord require?

Everyone has to prepare to meet the screen recording requirements.

I’m an active Discord user with two & half years of user experience. I have installed Discord on Windows, Linux, Mac, iOS, and Android machines, I can show you how you can record the Discord screen.

Storage: Readers have space to store the footage that can range from 10GB – 50GB depending on the video output quality and session duration.

Device: We are going to cover a screen recording tutorial for Android, iOS, Mac, Windows, and Linux PC.

We cannot avoid RAM in this case because it will load Discord and carry out screen recorder task at the same time, so your device needs a minimum of 4GB RAM.

The storage will depend on the video quality and several minutes per session. Your smartphone should have a minimum of 10 GB of free space to save the recording clips.

I have been using Discord for almost two years on Windows, Mac, and Linux PC.

CPU: Every Discord user is aware of the fact that this program consumes up to 10% CPU.

RAM: Your machine requires 500MB RAM and an additional 300MB for the screen recorder.

GPU: A decent (integrated or dedicated) GPU is required, or else, you will notice a stutter in the video call or voice call.

Storage: Minimum 15GB and maximum 100GB depending on the session duration.

I will skip using Mac’s QuickTime Player screen recorder because you need one program for all recording purposes.

How to use Screen Recorder for Discord on iPhone/iPad?

You have to tap on the same Screen Recorder icon in the Control Center to stop and save it. Your iPhone or iPad will heat, so do not connect the device to charge it because it will increase the temperature. The screen recorder captures the notification and sensitive information, so keep that in mind.

How to record Discord in Android Devices?

The interface may differ in a specific device that has inbuilt recording capabilities, but the instructions are relevant whatsoever.

How to Record Discord in Windows, Linux and Mac?

Note: Every instruction is applicable on Windows, Mac, and Linux machines, so do not worry about cross-platform interface differences.

OBS Auto-Wizard Configuration works flawlessly, and my laptop can handle screen recording with ease. Overall, I wanted to show you how you can configure the OBS Studio for older and newer machines, and get the best out of PC hardware.

You have audio controls and you can mute your microphone as well.

Now, you can make good use of the Discord screen recorder and capture the screen on Android, iOS, Mac, Linux, and Windows PC. Discord is available on all devices and I have it installed on all devices, which is why I choose OBS Studio.

Previous articleDropped iPhone in Water? You Should Try These Things
Next articleHow to Make My iPhone Screen Darker in iOS

How to Unfriend Someone on Discord. Friend Features on the Platform Explained

What Happens When You Close a DM on Discord

How to Fix Discord Update Failed or Not Updating