How to turn on Portrait mode in FaceTime for iOS 15 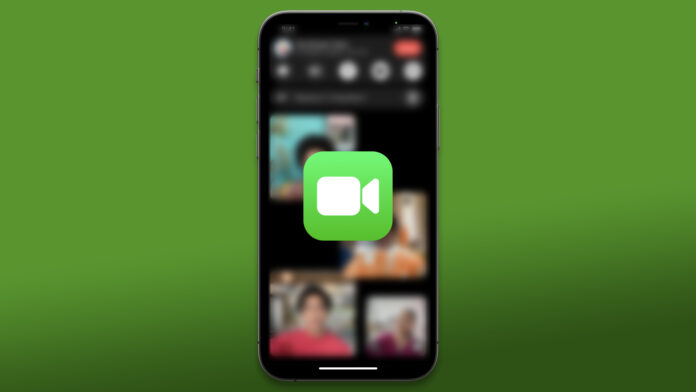 Apple developers have taken notes of user’s requirements and focused on improving virtual meetings and conferences possible in the latest iOS editions. I won’t hide my feelings towards the blur effect and how important it is in the system nowadays. I will break the tutorial into parts and tell you what Portrait Mode is and how to enable it in the supported iPhone and iPad.

What is Portrait Mode in FaceTime?

Portrait Mode is a background blur effect that you find in the photos, and it also goes around as bokeh mode. The camera focuses on the targeted subject or object only and blurs out the rest of the elements in the photo. It’s an amazing feat to witness where smartphones have started from and where it has reached in the past two decades. Portrait mode is a DLSR exclusive feature in the past, and I won’t say that the current iPhone can replace the versatile DSLR lens technology.

Apple implemented ProRes technology in the Pro editions, but they brought the blur effect in FaceTime calls. You can blur out background elements completely, and the video camera focuses on the subject only.

The pandemic has not ended in different parts of the world, and conducting online classes or meetings has become imminent. You don’t have to worry about how presentable the bedroom is and how messed up the table is.

Portrait Mode will blur out every element in the background while taking FaceTime video calls. The blue effect works on group calls and private video calls.

The feature is unavailable on your iPhone or iPad despite updating the software to the latest version. Unfortunately, there are a few iOS 15 devices that do not support the blur effect feature. I have mentioned the supported iPhone and iPad below.

iPhone SE (2nd gen) is on the list, which surprised me in the beginning. So later on, I found out that you need an iOS device that is equipped with an A12 Bionic chip or later. The SE 2020 has a 2017 edition camera system, and it is outdated no matter how you look at it, but Apple found a way to pull off incredible image processing using the A14 Bionic chip.

How to Blur Background on a FaceTime Video Call?

Have you gone through the compatibility list? Do not miss the above partly because of not all iPhones and iPad fancy the feature in the device.

The icon turns white when the feature is turned on. The background blurs out instantly, and it might take a few seconds in fewer cases.

You have successfully turned-on Portrait Mode in FaceTime. Tap on the same icon to remove the blur effect in your background.

Update your iPhone and iPad to iOS 15 to blur the background on a FaceTime video call. The iOS software is utilizing the CPU and Camera app to blur the background. Your Camera app shows a preview in Portrait Mode, and it is the most interesting factor about the FaceTime blur effect. Let us know what do you think about enabling/disabling Portrait Mode on a FaceTime video call in iOS 15.

How to Text Yourself on iPhone Messages?