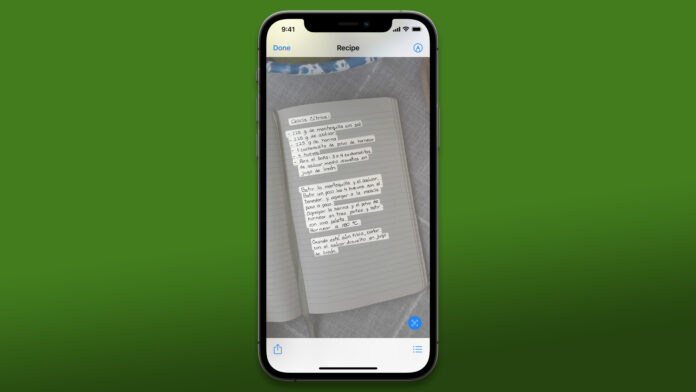 Live Text is not working on iPhone and iPad in iOS and iPadOS for some unknown reasons. iOS software is versatile, and they optimized the features after several months of testing in the developer house. Software is a bundle of multiple packages and it is designed to get along with the iPhone or iPad. Live Text is a software-based feature, but it requires Camera app assistance at the same time. We are going to look at several solutions to resolve Live Text issue.

What is Live Text in iOS Device?

Many apps have come on the App Store and Play Store that can copy text from images and through the camera app. You don’t have to manually note down the address written on the board and Live Text will do that for you on the iPhone. It’s a most-awaited feature in the iOS system because Apple is known to implement features at the very best the market has to offer.

The official developers released Live Text for modern iPhones that have good camera systems and hardware to read the text from walls, boards, and other places.

Let me show you how to enable Live Text on iOS 15 devices.

You have successfully enabled and granted permission in Camera settings.

If the Live Text feature is not available on your device, then there’s a lot you need to learn about it.

The Live Text feature is not available for all supported iOS 15 devices, and that’s not surprising at all. The Cupertino-based company didn’t state the subject. The Live Text requires A12 Bionic processing power, and that could be the reason behind the missing feature.

Right now, only a few iPhones released after 2017 supports the LT feature. Surprisingly, Live Text is not available on iPhone X since it rocks the A11 Bionic chipset.

It’s unfortunate that the SE 2 despite having the A14 Bionic processor. The SE second generation has a single camera system, which could be the reason Live Text is not supported in the device.

Language plays a crucial role in the Live text feature, and changing the language will reset the functionality. Let me show you how to change the language in iPhone and force the app to work accordingly.

The device may ask you to confirm identity by going through Touch ID or Face ID security system. Your device won’t restart, and the “setting language” message shows up on the screen. The iOS system will change the language within a few seconds, and it may take up to a minute to finish the process.

Live Text is all about reading texts on walls, portraits, pictures, boards, and more. The camera app is used in the process to take a look at the content, and then it copies them in text format. Apple developers boasted the versatility of LT functionality for a reason, and it can fetch the texts from an image.

Don’t worry about the missing Live Text icon in the Photos app. Users have to enable the feature in the iPhone manually and allow me to show it to you.

Close Photos app from the background.

Open the Photos app, and you will find the Live Text icon option. Now, you can fetch text from an image and save it in Notes or send it via Message.

Reset All Settings in your iOS or iPadOS

One incorrect setting is enough to ruin the functionality of the feature. Of course, I’m not asking you to remember what changes you made in the iPhone settings because I know it’s an unnecessary task. You can reset all customized settings in the iOS device, and it will undo the recent changes.

Your iPhone will restart, and it will start removing customized settings. The progress bar gives an idea of the processing time left on the clock. The resetting process takes less than ten minutes, so make sure to charge the device to avoid force shut down.

If Live Text is not working on iPhone in iOS 15 despite applying all solutions, then you can consider updating the software. iOS bugs and glitches are common, especially with the newer versions. Of course, Apple developers are working behind the scenes on non-stop mode to resolve the issue, and that’s why you should consider updating the system. Let us know which solution helped you in solving Live Text features in iPhone.

Previous articleFix: iPhone stuck in recovery mode and won’t restore or update iOS 15
Next articleHow to turn on Portrait mode in FaceTime for iOS 15