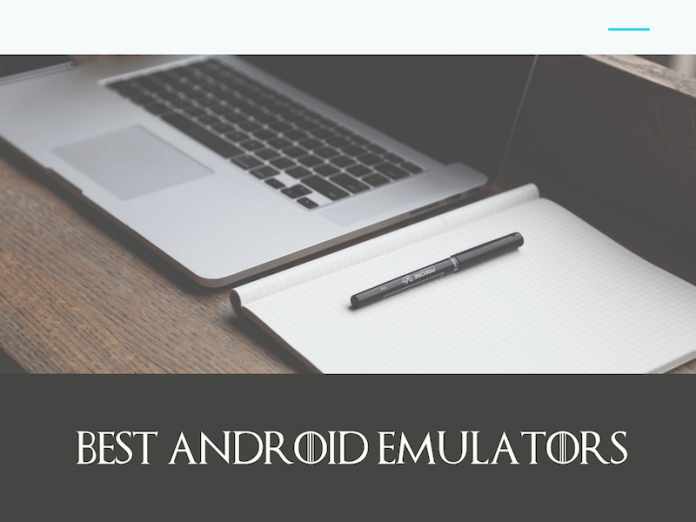 Android Emulator for PC is a hot subject to talk about it because millions of people want to run Android apps & games on a Windows PC. I consider myself as a suitable host to talk about it because I am running Android games & apps on various emulators. No one can deny that Android emulator differs from one and another. Some of them designed for gaming and few of them for regular tasks. I have seen Android Emulators advertising as perfect for gamers, but they don’t even come close to it.

I am going to put my experience with Android Emulators for Gaming, Streaming Android games on PC, and regular tasks. Here to explain about PROS and CONS, I have experienced setting up an emulator for Gaming, Regular tasks, and Streaming into words.

Indian Gaming Community filled with TGB emulator because the wrath of PUBG Mobile hit the market. The Indian gaming industry rose to another level in the gaming industry with the assistance of affordable 4G tariff and PUBG.

Nox Android emulator is a blessing for the masses because of its freeware designed for professional users. I had first come across the Nox App in 2016, and I was amazed to witness the performance. The emulator remained my first choice for a long time, and it has all rights to call itself king of emulators.

MEmu is a popular Android emulators for Windows PC, and it is a second option for my regular tasks. I have tested MEmu on several occasions, and I consider it as a daily driver usage application for Windows PC. The company started to advertise as a gaming emulator, but I have a few words to add about it in the PROS and CONS. Make sure to go through it to understand the potential of the Windows PC emulator.

BlueStacks is standing on #1 position in the web market today, and millions of people are using it. The developers have done a fabulous job in marketing it in several countries, including India, Nepal, Sri Lanka, UAE, Japan, and more. The company started to commercialize it to generate extra income from the business model.

KO Player is an Android emulator designed for gaming, and the developers integrated it to support AAA titles in the market. It doesn’t advertise it as a gaming product, but they did add “Gamers’ First Choice of Android Emulator,” which is a marketing tactic. I did not play any game on the program, but I have tested it in the past for sure.

ePSXe is a PlayStation video game console simulator that designed to function on Windows, macOS, and Linux PC. The official developed optimized the simulator algorithm properly, and it contributes to exceptional gameplay. The console games do not even filch a bit because the simulator mimics the Playstation.

Coming to the hardware requirement, the first-ever ePSXe launched in 2003, and they supported low-end PC. The official developers did not stop supporting low-end machine to this date. Windows PC running on 1GB RAM, 1GB free space and 1GHz single-core processor is good enough to mimic PlayStation video game console simulator. The team released an Android application on the Play Store, and it’s a free-to-use application.

Andy is a vital alternative for Bluestacks, Nox App Player, MeMu, and others. I don’t see much difference between Andy & other solutions in the market. Similarly to others, Andy can mimic Android OS on Windows. The company doesn’t support the Linux-based PC, and they provide customer support for paid consumers.

It is a popular solution, but it couldn’t rose to fame because it packs Android 5.0 out of the box. I would consider using as a primary solution if the company willing to upgrade the base version 9.0 Pie. I don’t see the update coming soon on the platform, but it is an excellent option for playing games.

Remix OS Player is an Android player that started from Kickstarter’s idea. Thousands of people funded the project, and the official developers took the environment to another level. The company also build Remix IO and IO+ projects in the past, and they discontinued it in 2017.

Remix OS Player mimics the Android environment to provide mobile apps compatibility on Windows. With minimum hardware, you can install it on your PC, and then start using a mobile application on Windows PC.

Note: Remix OS Player is no longer available. The official development company discontinued it in 2017.

Dolphin Emu is a popular solution that utilized by professional people in the business. The advanced interface doesn’t seem user-friendly, and it requires a few hours of practice to master the controls and navigation. The official developers designed the console gamers, and you can install it on Windows, Mac, and Linux.

I have listed 5 Best Android emulator for PC and Windows, and I have tested them in the past and using them in the present. There are so many options available in the market, but I don’t recommend the users to operate Banking apps, Money related apps, and personal information related apps.

Previous articleApple CarPlay Not Working? Fix it by Applying These Solutions
Next article4 Best RTX 2070 Super Budget Gaming Cards in 2022