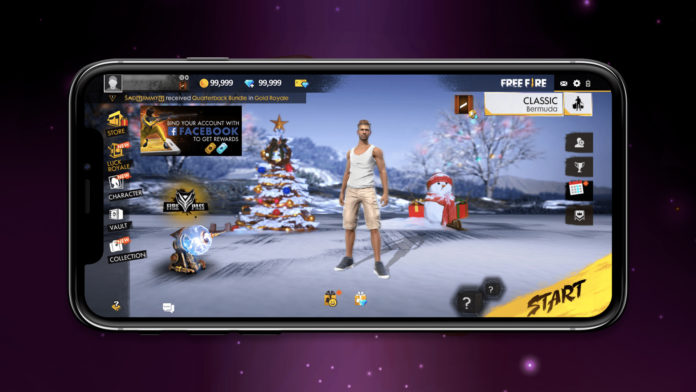 The world has become a little boring since the pandemic, and millions have switched to online games. Of course, who would spend thousands of dollars building a new PC, when you have an iPhone or iPad. Yes, there are incredible games on App Store that might pique your interest. However, I have to say that it doesn’t surpass what you can experience on PC gaming or console gaming, but we cannot neglect the portability and smartphone users in the world.

What are the minimum requirements to play games on iPhone or iPad?

An iPad or iPhone running iOS 15 should suffice for most of the offerings in the list. Yes, I have suggested games on the list that are playable on older smartphones and tablets including Android. Make sure to update the software to the latest version and maintain a minimum of 10 GB of internal storage.

Nowadays, smartphone games are consuming a lot of storage in the device, and you need the extra storage space to keep up with the updates. The iOS gaming section has witnessed a whole new world in the last five years, and millions are taking it seriously.

Note: Games may cause serious addictions that may interrupt your work and daily life. Do not play more than two hours a day, which is considered healthy by me.

In case, if you find yourself playing longer than two hours, then I recommend deleting all games and go out to do something else.

I chose to work out instead of playing games on iOS devices, and PC. Kindly, take the gaming addiction seriously before it impacts your overall health.

Top 5 iPhone and iPad Games to play with your friends

Clash Royale launched in 2016, but I placed it on the “all-time great” list. Of course, I didn’t choose it because it was a fun game and I have a couple of interesting reasons behind it. It is a battle royale that you have to play against real players coming from different parts of the world.

You have plenty of legends with superpowers and abilities in it, and you can add 10 cards to the deck. Each legend has a price and it will be calculated by the elixir, so you have to create a deck that is efficient and powerful to beat the opponents.

I spoke something about reasons why I chose Clash Royale, right?

A. You don’t have to spend half an hour or an hour to finish one round. Each round lasts two minutes only, and the highest duration of the round will be three minutes.

B. The game is cartoonish and doesn’t have real-life-like elements such as blood, killing, negative sounds, etc.

C. Communication is limited between two players, so there is no chance of someone abusing you or cursing you. Overall, you will live in a healthy environment and enjoy the game without wasting hours on it.

It’s a free game, and you don’t have to pay a single penny to keep ongoing.

All right, I know, many would laugh at my selection but read it out. Ludo King is inspired by a traditional game that I played back in the 1990s. I must say that it is a challenging game with luck involved in it. I have a couple of reasons I have selected it and why you should consider playing it daily.

A. It is available on Android and iOS inside a 120 MB package, which makes it a suitable app for all players.

B. Invite your friends, colleagues, and staff to play around with you because there is no learning curve here.

Overall, Ludo King is an adventurous game, and luck plays a crucial role in it.

Among Us launched in 2018, but it has risen to fame due to the popular Twitch streamers playing it daily back in 2019. The big-time streamers gave it a kick that was needed for the Among Us to reach greater heights.

At first, it was available on Steam for PC players only, but the developers added support for Android, iOS, PlayStation, Xbox, Nintendo Switch, and more. On top of it, the developer, Marcus Bromander decided to list it under the “free-to-play” category.

Of course, you have to look for a couple of things aspects because I stopped playing the game due to lack of interest and concerns.

A. You cannot win a game without lying, and honesty is a trait that I cannot abandon.

B. I have witnessed my friends fight over a game, which has affected relationships.

C. Negative sounds, and I might be sensitive because they do pass negative vibes at the moment.

Nonetheless, it is an excellent choice to play in groups, and there is no learning curve in the game. No one should have complications while playing since it is available on multiple devices and works flawlessly on older machines.

Free Fire is the First-Person-Shooter game, and I prefer FPS games on mobile and PC. Players have to make a 4-man team and go on a hunt to reach the #1 spot in the battle royale game. You have a huge map and drop anywhere you want to loot, but keep on moving inside the ring to avoid further damage. I’m recommending Free Fire for a few reasons, and I have stated them below.

A. It’s an FPS game with a huge map, and you can add 3 more players, so it’s time to invite your friends on board.

B. Free Fire is popular and its contribution goes to support for low-end devices, and it works smoothly on almost any Android or iOS device.

C. It’s free, and you can either purchase the in-game cosmetics or move on.

But, I want to put the caution out there as I have witnessed players going off-tone and trouble others in the heat of the game. Do not play FPS games, if you get triggered easily and behave badly with others. Or, it’s another way around because I met several players, who were toxic towards me and ruined my mood.

What do you think about Snooker? I played 8 Ball Pool on Facebook in 2012, and it is based on a real-life snooker game. Fortunately, iPhone and Android devices have powerful processors and are equipped to handle snooker games. I want every reader to give 8 Ball Pool a shot because it’s worth it.

A. The graphics are excellent on it to the point, where it won’t disappoint you and works smoothly on older iPhones and iPads.

B. The limited communication keeps the negative players away.

C. The mechanism is similar to what I experienced a decade ago, you are not missing anything.

D. It’s free, and you don’t have to invest a single penny to get started.

Try the Miniclip snooker game because it’s worth your time.

I have recommended iOS games that I played, tested, and have experienced in real-time. I’m aware of the joy, risks, and addiction that most of the games available in the library cause. Play any game under self-moderation and do not exceed more than two hours a day, which I consider healthy. Here’s my take on the best free iPad and iPhone games for everyone to try and challenge themselves.

Previous articleSolved: Gmail is not receiving or sending emails on iOS 15?
Next articleHow to enable Dark Mode in Instagram on iPhone and Android